’Keep your hands off the military’ 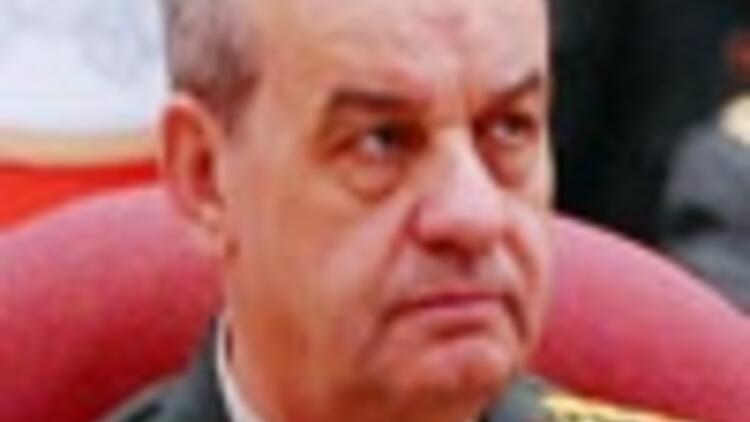 ANKARA - The political skirmish continues as Chief of General Staff Gen. Başbuğ returns fire for previous combative comments by Prime Minister Erdoğan that supposedly second-guessed the sincerity of the military’s internal investigation into the source of alleged plans to dismantle the ruling party. Başbuğ says anti-AKP plan is just ’a piece of paper’

The disagreement between the military and the government over an alleged plan that outlines ways to overthrow the ruling party is deepening as both sides issue contradictory statements.

While Chief of General Staff Gen. İlker Başbuğ described the plan "as a piece of paper" that has no legality and is part of another psychological smear campaign against the military, Prime Minister Recep Tayyip Erdoğan repeated his dissatisfaction with the military’s findings, saying "the civilian court will continue to handle the case."

"Keep your hands off the military. Give up trying to politically identify yourselves through the Turkish Armed Forces [or TSK]," Başbuğ said at a press conference held at military headquarters with the participation of all force commanders and top military personnel. "Put an end to running such asymmetric psychological operations against the TSK through the media."

Başbuğ’s press conference came two days after the military prosecutor ruled that there was no cause for the prosecution of Navy Col. Dursun Çiçek, as there was no evidence proving that he had prepared the plan at headquarters. It also came a day after Erdoğan showed his dissatisfaction over the ruling.

The plan, which was first published two weeks ago by daily Taraf, details ways to break popular support for the ruling Justice and Development Party, or AKP, and its influential supporter, the Muslim cleric Fethullah Gülen, the leader of the religious Gülen movement.

"As a result of the investigation, it has been revealed that there is no document, but just a piece of paper," Başbuğ said. "Discussing such a paper for two weeks at a moment when there are so many regional global developments that concern us is really odd."

Responding to Başbuğ’s remarks during a meeting in Brussels on Friday, Erdoğan said the military prosecutor might have approached the document issue differently. "The process from now on belongs to the civilian prosecutor. The military judiciary decided that the document is not related to the military. The civilian judiciary will continue to investigate the matter," the prime minister said. "We cannot permit the fraying of the rule of law, which is based on democratic, secular and social structure."

Başbuğ’s words made it clear, however, that the military is not requesting a civilian prosecution that would determine whether the plan is real or fake. "Crimes allegedly conducted by military personnel in a military zone can only be prosecuted by the military prosecutor," he said. "Therefore, what we ask from the civilian prosecutor is not to investigate whether the plan is real or fake, but [who are] its perpetrators. You may like or dislike the ruling of the military judiciary. But you cannot disrespect and underestimate it."

Though the military judiciary ruled Col. Çiçek had nothing to do with the document, civilian Istanbul prosecutor Zekeriya Öz reportedly invited him to give testimony on Tuesday under the Ergenekon case, an alleged organization set to dismantle the government. It was not sure whether Col. Çiçek will accept the invitation or not when the Daily News went to print late Friday. The move of the Ergenekon prosecutors is seen as that the civilian judiciary does not share the same view of their colleagues at the military headquarters.

Repeating several times that there was a constant, organized attempt to tarnish the military through the media and that "the army will no longer tolerate such campaigns," Başbuğ called on the intelligence institutions and the civilian justice system to uncover the perpetrators and said he would bring the issue to the agenda of the bimonthly meeting of the national Security Council, or MGK, the state’s top security board, on Tuesday. "We believe these sort of acts will not harm the integrity of the Armed Forces, but also the existence of the country," Başbuğ said. "It is very important for all of us." Repeating his April statement that "the TSK will not harbor any of its personnel who have been engaged in anti-democratic movements," Başbuğ ruled out engaging in a "witch hunt" within the army. "We have no any intention of sweeping these allegations under the carpet."

Right after the plan was published in the media, the AKP filed a criminal complaint to the court, criticizing the content of the document as if it was real. Erdoğan spoke harshly last week at a party meeting in the southeastern Anatolian town of Şanlıurfa, indirectly slamming the army for intending to overthrow his government. When asked whether he felt ashamed when he heard Erdoğan’s statement, Başbuğ said there was no cause for him to feel that way, but that he had expressed his opinions and thoughts on it to Erdoğan. Without a direct reference to Başbuğ’s comment, Erdoğan said Friday that he could not remain silent about such a plot.

Başbuğ also criticized the leaks of some documents to the media during the investigation process. "A criminal report prepared by the Gendarmerie and sent to the Police Department in Istanbul via a special courier June 17 was published by the media June 19 and 20. Another report was again leaked to the media a few days later," he said. "How does it happen? Who leaks them? What is the purpose? Isn’t it our right to ask about it? We have filed complaints about these leaks." Başbuğ also said though the alleged plan had no date on it, some media were reporting that it was prepared in April. "How can we find out the truth if you dynamite the legal process?" he asked.
Haberle ilgili daha fazlası: