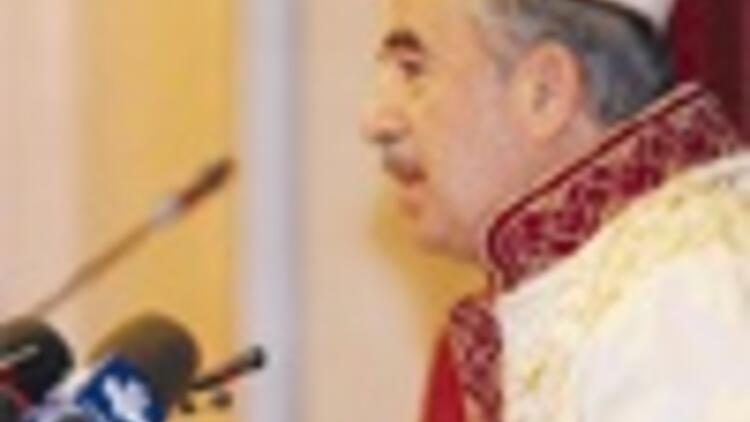 ANKARA - Concerns expressed by the head of the Directorate of Religious Affairs, Ali Bardakoğlu, that some personal-development methods such as transcendental meditation and yoga can lead people to extremism may stem from the rising popularity of such movements in society at the expense of traditional Islamic beliefs, theological and social experts say

A top religious clerk’s remark that practicing some personal-development methods such as transcendental meditation, reiki and yoga may lead people to extremism has spawned divergent commentary from experts as well as the practitioners of these movements in the country.

Ali Bardakoğlu, the head of the Directorate of Religious Affairs, sparked the controversy by saying that some personal-development methods, though presented to people as a harmless way to combat stress, seek not to meet modern man’s loneliness, but rather to create a commercial sector in society.

"Although these movements are justified and presented to people with promises for further success, health and happiness, rather than the religious discourses, these movements are based on the Indian-oriented Far East philosophy and religious doctrines," Bardakoğlu said in an article in the Religious Affairs Directorate’s monthly magazine. He also leveled a self-criticism at religious circles, saying, "We, however, failed to recognize and make people recognize how praying, thinking, invocation and worship are powerful instruments to give people relief for their loneliness, desperation and pessimism."

Religious scholars and practitioners of transcendental meditation, reiki and yoga suggested that Bardakoğlu’s concerns may have stemmed from the rising popularity of such movements in society, particularly among elites, at the expense of their own religion, Islam, and from the perception of such exercises as missionary activities. While agreeing that such exercises had lost their original purposes and become a large commercial industry, practitioners of these movements said that such activities were not in conflict with Islam but instead reinforce each other.

"Bardakoğlu could have felt he needed to warn against possible missionary activities in this respect. He probably wanted to point to some possible anti-Islamist elements in such exercises," said religious scholar Mehmet Hayri Kırbaşoğlu. "Of course, such methods can be applied, but they shouldn’t be against Islam," he said.


He said, "These services sometimes can’t be performed so innocently. The services in Islam, for instance, are free.

But this field is becoming a huge sector, as Bardakoğlu said. It is mostly the elites who are affiliated with such practices. People should first seek relief in their own religion."

Kırbaşoğlu added that the directorate should question why people feel such a need to adopt such practices in a nation that is mostly comprised of Muslims.

For religious scholar Ali İhsan Yitik of İzmir-based 9 Eylül University, who specializes in the Far East and has studied the issue, such types of exercises are a kind of Hindu worship, from which most of the movements originated. "Both Islam and such movements actually defend the same values. They both urge people to control their feelings and dominate their reason over their feelings," he said.

"But the threat is likely to appear when the exercise was put into action, as such exercises have today turned into a type of worship for religions belonging to other cultures practiced by elites.

They try in a way to realize the worship method owned by another religion to achieve their ultimate goals, which eventually results in alienation from the society and its original religion."

The growing popularity of such exercises among upper class Turks also leads members of this group to see themselves as superior to others, he says.

"The yoga methods applied in yoga centers today, moreover, are far from classical and original yoga doctrines," Yitik added. "They are a rather simplified form of Hinduism, adapted for Westerners and capitalist societies."

Another yoga instructor, who has been active in yoga since 1988, said their main fight was to break down prejudices concerning yoga, which has been seen as a missionary activity. "It is not a religion, but a philosophy," she said. There are some institutions in Istanbul and Ankara that abuse their original purposes and see it as missionary activity, but the majority focus on practicing the philosophy."

Yoga instructor Adnan Çabuk, 33, one of Turkey’s longstanding authorities on yoga, reiki and transcendental meditation, said such movements are not in conflict with the doctrines of Islam and cannot be deemed missionary activity. "Instead they all reinforce each other. There is a great parallelism, for instance, between the systems of yoga and Islamic Sufism.

They both employ the same spiritual elements. People perform ritual prayer in Islam religion and we have, too, exercises similar to this ritual," said Çabuk.

"Some yoga systems are likely to use some religious elements, but this shouldn’t be mixed with missionary activity, as yoga, which originates in India, is a philosophy and lifestyle, not a religion or a kind of worship.

There are no yoga trainers or experts who come to Turkey from India to spread Hinduism here. Since the terminology is from India, yoga instructors have to use it."

As in other sectors, he said, there are some who try to commercialize these types of activities in Turkey, but in principle, such types of movements focus on providing spiritual relaxation and bliss to people. "People usually come to us to get rid of stress stemming from their heavy workloads and fast-paced lives.

There are, of course, some who take them as a fashionable thing, but it primarily the stress and health problems that lead people to be affiliate with such practices," Çabuk said.

"We have students from every segment of society, including ministers, film producers, businessmen, students and those from the high society. Even psychologists send us some of their patients."

Conservative and right-wing newspapers handled a recent article by the Directorate ofReligious Affairs on yoga and other spiritual activities by highlighting the directorate’s controversial comment that yoga has religious roots from the Far East.

Conservative daily Yeni Şafak led with a story about the article with the headline, "Yoga warning from Religious Affairs." The Far Eastern religions underlie the roots of yoga, reiki, transcendental meditation and similar activities, and this could lead people to extremism, the story read. Daily Zaman also highlighted that the directorate defined yoga as an activity with religious roots.

More liberal daily Radikal highlighted the part of the article saying that loneliness pushes people to do yoga and reiki. Daily Milliyet wrote, "The despair of modern individual: Bardakoğlu’s comment on yoga."