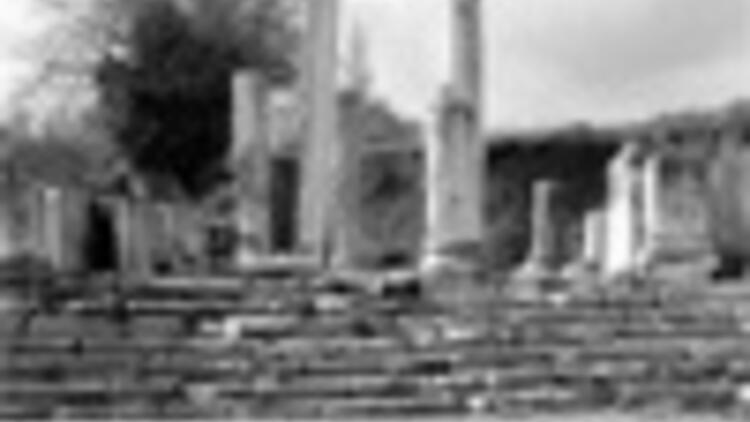 Possibly as a result of the Davos incident, there has been a considerable decline in Israeli tourist bookings as the Jewish Passover holiday approaches.

Tourism sector members are frustrated by the cancellations of nearly 10,000 Israeli tourists who usually come to Bodrum as soon as the season starts.

Some 40 flights from Israel to Turkey have been canceled as Israeli tourists have started to prefer Crete Island and Varna for the eight-day Passover holiday, it was reported.

The relations between the two countries have been strained since Turkish Prime Minister Erdoğan harshly criticized Israeli Prime Minister Peres for Israel’s assault on the Gaza Strip.

Erdoğan stormed off the stage at the World Economic Forum in Davos, Switzerland and said Peres's statements were false.

Decline in reservations come as a shock

"After the Davos incident we thought there would not be a sharp decline, but the developments in the last few weeks are a shock," said Yüksel Aslan, Aegean region director of Flying Carpet, a tour operator that has brought Israeli tourists to Turkey during Passover over the past three years.

"So we are paying the price for Erdoğan’s anger," said Aslan. "We brought 5,734 Israeli tourists to Turkey in the same period last year.

But there are only 15 bookings from Israel for April right now. Forty flights to Turkey were canceled and the number of flights at the same time to Crete and Varna rose from four to 10," he said.

The cancellation of 40 flights coming from Israel also impacted the plans of many four- and five-star hotels. As Passover approaches, Majesty Club Belizia Hotel is one of these hotels getting prepared with its 250 personnel.

Creating a new crisis amid the global one

"This year we expect a 70 percent decline in our income from Israeli tourists, which stood at $1.3 million last year," said Ülkay Atmaca, managing director of Majesty Club. "Albeit we are fully prepared for this season.

Due to the cancellations, we gave up on opening the season and were forced to layoff personnel," said Atmaca. "While the world is struggling with the global crisis, we have created our own crisis," he said.

"The contribution of the Israeli tourists was not only to the tourism sector. They also help the economy in Bodrum. Officials should act more responsibly," Ülkay said.

"No matter how hard we try to attract the attention of foreign tourists through participating in international tourism fairs, a diplomatic problem can ruin everything," said Emir Bağ, chairman of Bodrum Hotel and Tourist Facility Administrations Association, or BODER.

"The Davos incident caused many hotels to close their doors before even opening them. We hope that we have learned our lesson from such mistakes," he said.

"It was a better promotion of Turkey than billions of dollars in advertisements," Ertuğrul Günay, the culture and tourism minister, had said about Erdoğan’s outburst at Davos, implying positive reactions from the Arab world.
False