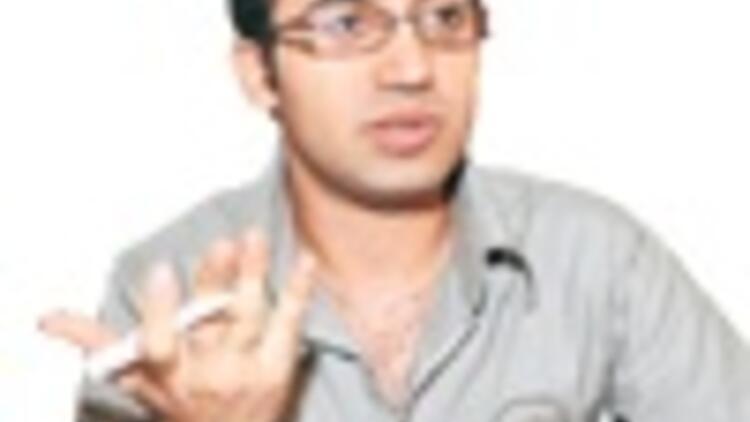 ISTANBUL - Gays, lesbians and transsexuals suffer discrimination throughout the world, but in Iran, the difficulties are compounded by the government’s denial of their very existence.

"There are no gays in Iran" was the statement made in New York last year by the Iranian President Mahmoud Ahmedinejad in response to a question on the difficulties gays faced in Iran. It was met with incredulous smiles from the American audience he was addressing, but certainly could not have been more hurtful to the gays of his country.

Aside from negative social reactions toward people who are gay, lesbian, bisexual and transgender, or LGBT, the Islamic government of Iran recognizes homosexual intercourse as a "crime," penalized, at worst with the death penalty, at best a whipping.

This is why Iranian LGBTs, like many other oppressed groups, are looking for ways to flee their home country and many use Turkey as a temporary stop, until their asylum applications elsewhere are approved.

Arsham Parsi, an Iranian gay rights activist and founder of the Canada-based organization "Iranian Queer Railroad," tries to help asylum-seeking Iranian LGBTs during the lengthy and often painful asylum process. As he was a refugee himself in the past, Parsi knows personally the difficulties Iranian homosexuals endure while trying to escape, having experienced it first hand on his own "trip" from Iran to Canada, through Turkey.

The name of his organization is inspired from "The Underground Railroad," which was an informal network of secret routes and safe houses for black slaves, who wanted to flee the southern United States in the 19th century.

"In 2001, two of my gay friends committed suicide, as their families found out about their sexual orientation. I decided then to found an organization for LGBTs." Parsi told Hürriyet Daily News & Economic Review at Istanbul’s Atatürk Airport on Thursday, after completing a visit to some central Anatolian provinces where most Iranian LGBT asylum seekers are to be found.

Parsi left Iran in 2005 and came to Kayseri, in central Anatolia, after he realized that Iranian police were looking for him because of his LGBT activities. "Turkey and Iran do not require visas for trips between them and transportation between the two countries is easy. We have buses everyday and also trains and planes," Parsi said. Currently there are around 160 Iranian LGBTs refugees throughout the world, 100 of who are in Turkey.

One of the most significant problems faced by Iranian refugees is a financial problem, Parsi said. These people, mainly young Iranians in their early 20s, meet with poverty after they run away. They need money for food, shelter and health care. Mistreatment from local residents, and sometimes from security forces, also makes their lives difficult. "They are beaten up for being homosexual and when they call police officers they do not let them file a compliant," Parsi said. "When I was in Kayseri, I was attacked and called the police. They asked me why I was outside and told me to stay at home."

Locals and police are not gay-friendly, Parsi said. For instance, finding a house in the city is difficult, as landlords do not rent houses to single people. LGBTs then, try to find a gay-friendly couple and rent a house through them. It is also difficult to find jobs if they decide to work because they do not have a work permit. "They look for jobs like dish-washing or waiting. They work for almost a month and are then dismissed without being paid," Parsi said. Parsi, however, is also grateful to the Turkish government for allowing refugees to stay in Turkey.

The authorities settle refugees in Anatolian provinces such as Kayseri, Isparta, Konya and Niğde, which are known as conservative cities. The majority of LGBT Iranians stay in Kayseri, which is very conservative, although Isparta is a little bit better because the number of university students is high among the town’s population, Parsi said.

"I tell my fellows that Turkey is a secular country, but the people are religious, whereas Iran has a religious government but Iranians are secular," Parsi said, comparing the two countries.

Needing a sister organization
Parsi said there was a need for a sister organization in Turkey to support LGBT Iranians. He is familiar with both Kaos GL and LAMBDA Istanbul, two leading Turkish LGBT organizations. More efficient cooperation is needed, however, to ease bureaucratic processes, increase financial assistance to refugees and support their health care needs. "I also considered registering an ’Iranian Queer Railroad’ in Turkey," Parsi said.