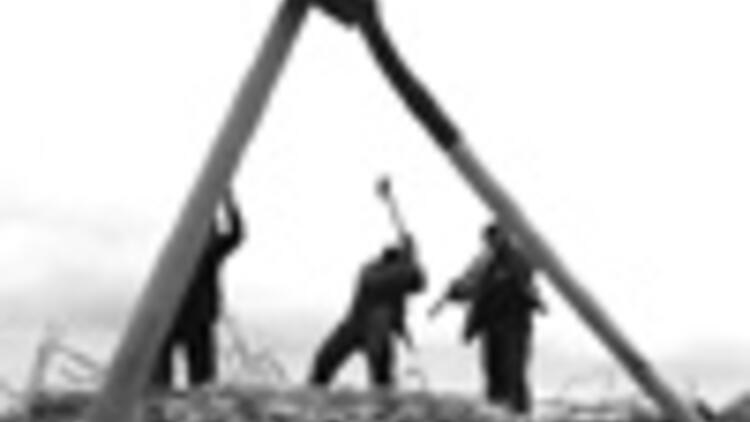 The Palestinian president, Mahmoud Abbas, asked donors at a one-day conference in the Egyptian resort of Sharm El-Sheikh to funnel millions of dollars through his government, seeking to shore up his position against the rival Hamas.

The conference gathered the presidents of Egypt and France, the U.N. chief and top diplomats from 45 nations - including Hillary Rodham Clinton in her first Mideast trip as U.S. secretary of state - in a high-profile attempt to show international support for reconstruction after Israel's crippling offensive against Hamas. But the United Nations and aid agencies said rebuilding the coastal enclave was a daunting task so long as border crossings with Gaza remained closed.

"The situation at the border crossings is intolerable. Aid workers do not have access. Essential commodities cannot get in," Reuters quoted U.N. chief Ban Ki-moon as telling donors. "Our indispensable goal is open crossings. By the same token, however, it is therefore essential to ensure that illegal weapons do not enter Gaza."

As Hürriyet Daily News & Economic Review went to press yesterday, the gathering was expected to raise at least $2.8 billion from 80 donor nations and international organizations. Donor nations hope that a show of cash will boost chances for resuming the peace process between Israel and the Palestinians.

But control of the funds is a key question. The international community refuses to negotiate with Gaza's militant Hamas rulers, labeled as a terrorist group by the United States and Israel. Hamas was not invited to the conference in this Red Sea resort. But President Abbas' government, based in the West Bank, has little presence in Gaza after being driven out by Hamas in 2007.

Hamas said yesterday that the West's boycott of the Islamist group would undercut international efforts in Gaza. "To bypass the legitimate Palestinian authorities in Gaza is a move in the wrong direction and it deliberately undermines the reconstruction," Hamas spokesman Fawzi Barhoum said in the Hamas-controlled strip.

In a significant move, Arab Gulf nations - including Saudi Arabia, Qatar and Kuwait - pledged $1.6 billion, but bypassed both Hamas and Abbas. The Gulf nations said in a statement they would set up a joint office in Gaza to carry out reconstruction on their own, deciding on projects and implementing them, according to the Associated Press. With the move, Gulf states may be trying to signal to Hamas that they are not favoring Abbas, hoping to encourage the group to moderate and reconcile with his Palestinian Authority.

Hillary Clinton also brought a U.S. pledge of about $300 million in humanitarian aid for the Gaza Strip, as well as $600 million in assistance to Abbas' Palestinian Authority. She took a hard-line position against Hamas and said $900 million in U.S. aid for the Palestinians was part of a broader bid for Arab-Israeli peace.

Underlining the U.S. administration's position, Clinton said no money would go to Hamas which must recognize Israel, renounce violence and sign on to past Israeli and Palestinian deals if it wanted to come out of isolation.

Egyptian President Hosni Mubarak warned in opening remarks to the gathering that the donors' pledges should not be treated as "spoils of war" - a message to rival factions not to squabble over the funds. French President Nicolas Sarkozy said "responsible Palestinians" should seek peace with Israel and said a prisoner exchange by Hamas to release Israeli soldier Gilad Schalit, held since June 2006, "is a priority." Israel has demanded Schalit's release as part of any truce deal.
False