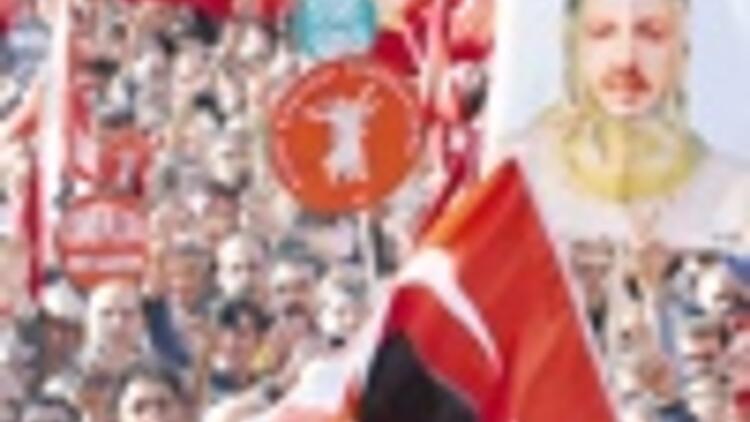 ANKARA - Hindered by its faltering image in the eyes of liberals and parts of the Kurdish and Alevi communities, the AKP is headed toward a major meeting where it will discuss a new strategy toward both groups, as well as a requested cabinet reshuffle. The AKP feels it must forge a clear road map.

With objections from Kurdish and Alevi citizens mounting against recent rhetoric from the ruling Justice and Development Party, or AKP, the Prime Minister is set to discuss new strategies at a two-day camp in Kızılcahamam at the end of November.

AKP members of Kurdish origin are expected to voice their warnings to Prime Minister Recep Tayyip Erdoğan over his nationalist approach toward the Kurdish question. In relation to the Kurdish issue and the Alevi initiative, strategies for local elections in March will dominate the camp’s agenda.

AKP deputies, set to attend the camp with their wives and children, will speak and discuss important subjects. Beside the top three items of the agenda, the past term and Parliament’s legislative activities will be discussed as well.

Contrary to his previous embracing approach, including "constitutional citizenship," Erdoğan’s recent harsh attitude toward the Kurdish question has disturbed the AKP members of Kurdish origin. Some Eastern-origin AKP deputies believe election victory in Diyarbakır is impossible with Erdoğan’s current attitude, especially the "love it or leave it" concept.

After Dengir Mir Mehmet Fırat’s resigned from his post of deputy leadership, Abdülkadir Aksu was appointed to the post. The replacement of Fırat, who is known for his democratic initiatives on the Kurdish issue, with Aksu, who is known for his pro-state attitude, increased the disturbance within the AKP. Sources say Erdoğan’s preference gives clues about his election policies for the East and Southeast regions.

Alevi concerns
Another important item on the camp’s agenda will be the problems of Alevis. The project on which AKP’s Alevi deputy Reha Çamuroğlu and State Minister Said Yazıcıoğlu work foresees the representation of Alevis within the Culture Ministry instead of the Department of Religious Affairs. Çamuroğlu, who previously rejected the project, now supports it. Another Alevi deputy, İbrahim Yiğit, and Çamuroğlu contradict each other over the project. Thus, AKP’s attitude toward the Alevis and discussions about the project will take place during the camp.

As they prepare for the local elections, Erdoğan will also evaluate deputies’ proposals for the election strategy and local authorities’ performance reports. Erdoğan is expected to set a special working strategy to win over municipalities of some provinces including İzmir, Diyarbakır, Trabzon, Eskişehir, Batman and Hakkari, which the AKP lost during local elections in 2004.

Due to increasing expectations for a cabinet reshuffle among AKP deputies, the issue could come up as a hidden agenda item during the camp.