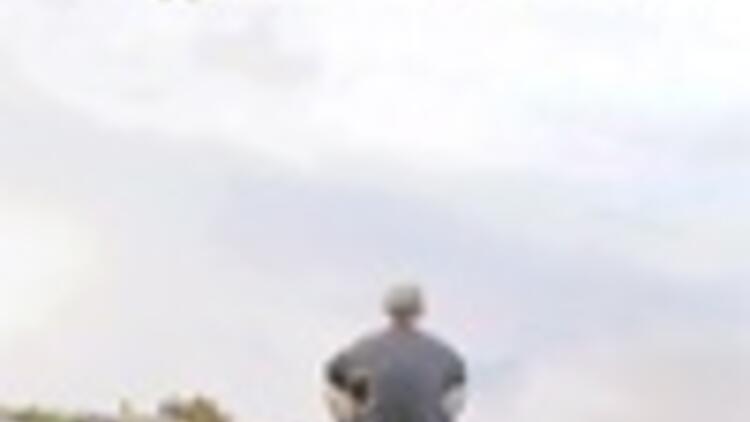 ISTANBUL - Hakan Akçura, a Turkish artist living in Sweden, has declared war against a warning sign that he saw in an elevator, reinterpreting it, hanging posters on the streets of Stockholm and opening his own personal exhibition

Feeling like he didn’t belong in Turkey, artist Hakan Akçura left his home country four years ago for Sweden, where he thought everything would be different. His struggles as an immigrant there have inspired the work in his new exhibition.

An artist with the Neo Fluxus movement, Akçura is a painter, a poet, a video artist and a performer. In order to make a living in Sweden, he worked along with other immigrants as a paperboy, between the hours of 2 and 6 a.m. While they worked, there was an important rule the paperboys had to obey: They should not make noise that would disturb the residents’ sleep.

Rebelling against an imposition

During this silent struggle, Akçura noticed a warning sign in the elevator of a building. It read "Farligt att transportera gods i hissar som saknar inerdörr eller fotocell," meaning, "It is dangerous to carry stuff in the elevators that do not have inner doors and a photocell." A picture next to the sign showed a man whose handcart has become stuck to the elevator, leading him to be crushed to death.

"The cruelness of this saying and image affected me deeply," Akçura told the Hürriyet Daily News & Economic Review. "It was like an imposition that we must face every day to stick in an elevator and die."

For his new exhibition, Akçura has reinterpreted the sign to read "Varning för klamrisk Ğ Farligt transportera sjal som saknar uppriktighet eller mod," or, "Warning: It is dangerous to carry the soul without candidness or courage." This saying provides the title of his first personal exhibition, which opened in Stockholm on Feb. 27 and runs through Mar. 15. The exhibition features posters that Akçura prepared and hung on the streets of Stockholm, along with other works. The exhibition may also be viewed at http://www.open-flux.blogspot.com.

Akçura’s exhibition consists of installations, photographs and videos. The photographic installation, titled "Elevators Ğ Portrait of an Artist as a Paperboy," contains images from the artist’s early years in Stockholm. "I took these photographs of my reflections in the elevator mirrors while I was working at night," Akçura said. The videos include "Workplace Swedish and the Swedish culture at Practice Course Ğ An Argument on Unemployment," "Catharsi," "Time to Break," "Hesa Fredrik," "Why Not" and Akçura’s favorite work, "Look, Such Nice Seashells." This video, which he shot in 2008, features two adults discussing world matters in children’s voices while walking down a street.

"With this exhibition, I aimed to draw attention to dangers that we face despite not [being] warned," said Akçura. "When a situation that we are used to changes, can we think about the reason for this change and approve it? When we meet someone who can hardly speak our language, can we approach him with tolerance and understanding, like a confident host?"

Speaking about Sweden and the problem of immigration, Akçura referred to the Swedish word "invandrare," meaning "those who come on foot," and said: "It is impossible for this walk to end, to reach a goal and the feeling of belonging even for the Swedish state or a middle-class Swedish person."