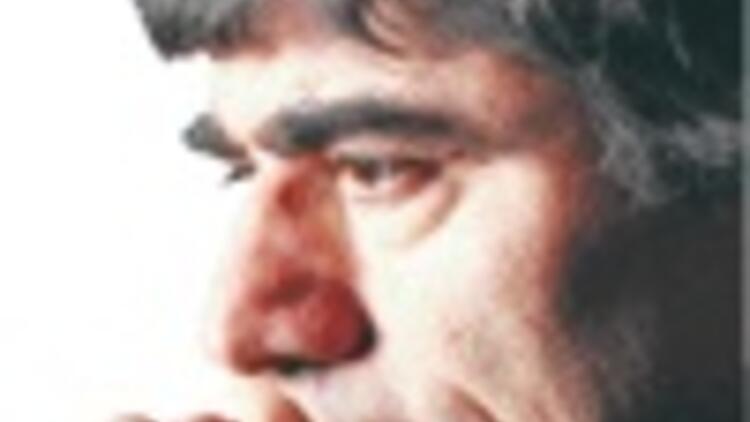 ISTANBUL - Hrant Dink’s lawyer Çetin says many suspects in the Ergenekon investigation were active in the planning of Dink’s murder. ’The Ergenekon gang is a deep organization and as long as the true leaders remain free, the real instigators of Dink’s murder will never be captured’

After years of ignoring threats to his life, Armenian Turkish journalist Hrant Dink became agitated days before a nationalist teenager shot him Jan 19, 2007 in front of the Armenian weekly Agos, his lawyer of many years Fethiye Çetin said.

In an interview with Hürriyet Daily News & Economic Review, Çetin said she had been Dink’s lawyer for three years when he was gunned down, and said she was with him when Dink was found guilty of insulting "Turkishness" under Article 301 of the Turkish Penal Code, or TCK, for an article he had written. In the article, he called on Armenians to free themselves of the hate felt toward Turks because that was the only way for them to create a future.

Dink’s efforts to make Turks and Armenians understand each other had created many enemies on both sides. Çetin said she had seen how Dink had been isolated and targeted over a period of three years.

Describing her meeting with Dink on Jan. 15, 2007, Çetin said: "Despite all the threats to his person in the past, it was the first time I realized that he was worried. He had not taken the threats too seriously until then. A letter from Eskişehir threatening his son Arad and Agos employee Sarkis Seropyan had scared him."

Çetin said she believed that if Dink had not been murdered, he would have moved overseas for a while.


The international secretary of the Yerevan-based Armenian Revolutionary Federation Dashnaksutyun Bureau, Giro Manoyan, said Dink’s outspokenness had created reactions against him both in Turkey, among Turkish Armenian community and the Armenian diaspora.

He said that the Armenian public did not know much about him or what he stood for until his murder.

Human rights activist and close friend of Dink, Ragıp Zarakoğlu described Dink as a courageous person, noting that he had refused to leave Turkey despite all these threats.

He said renowned writers Orhan Pamuk and Yaşar Kemal had spoken about threats to their lives, and Kemal moved overseas for some time in the 1970s.

"The state that protected Pamuk and Kemal decided to threaten rather than protect Dink," he said.

Zarakoğlu said Dink’s murder had created a momentum that facilitated the beginning of the Ergenekon investigation, arguing that Dink’s assassination was a part of a plan by a criminal gang that wanted to create chaos in the country.

Ergenekon investigation in ’07
The Ergenekon investigation started after the discovery of 27 hand grenades on June 12, 2007 in a shanty house in Istanbul's Ümraniye district that belonged to a retired noncommissioned officer. The grenades were found to be the same as those used in the attacks on Cumhuriyet daily’s Istanbul offices in 2006.

The findings led to scores of detentions over the past two years, putting more than 100 journalists, writers, gang leaders and politicians under interrogation in what turned into a terror investigation seeking to crack down on an alleged ultra-nationalist gang named Ergenekon that sought to topple the government by staging a coup in 2009, initially by spreading chaos and mayhem. The trial of the suspects began late last year.

The alleged gang has been associated with the murder of a top judge in Ankara in 2006, bombings, several assassinations and assassination attempts over the past decade. There have been analyses and news reports alleging Dink’s murder was also the work of the alleged gang but there has been no judicial decision on the matter.

Çetin said the teenage gunman currently on trial together with his accomplices had personality problems. "They come from poor families and are anti-social. They constantly argue among themselves. The teenage gunman does not even know why he murdered Dink," she said.

They see themselves as heroes and believe they will be released after serving a minimum amount of time in jail, said the lawyer.

While Dink’s murder was committed by a nationalist teenager from the Black Sea town of Trabzon and his co-conspirators, who are accused of instigating the crime, many believe there were other more senior people behind the scenes who controlled the planning.

Çetin said many suspects in the Ergenekon investigation were active in the planning of Dink’s murder. "The Ergenekon gang is a deep organization and as long as the true leaders remain free, the real instigators of Dink’s murder will never be captured," she said.

She said Dink’s murder trial had failed to garner the momentum necessary to find the real culprits over the past two years. She said police departments in Istanbul, Ankara and Trabzon and the gendarmerie had failed to share intelligence because key people were angry with one another.

"Relevant police bureaus knew there was a assassination plan, because informant Erhan Tuncel had told them about it. After the murder, they started to cooperate only to tamper with evidence so their culpability would not come to light," she said.

Tuncel and Yasin Hayal are both on trial for instigating Dink’s murder. "In his testimony, Hayal said they thought the murder would never be solved. How can he say that? Who does he trust? There are laws that allow evidence to be hid. The law that protects civil servants is one such law," she said.

Only if key police officers are removed can the investigation reveal the truth, she said.