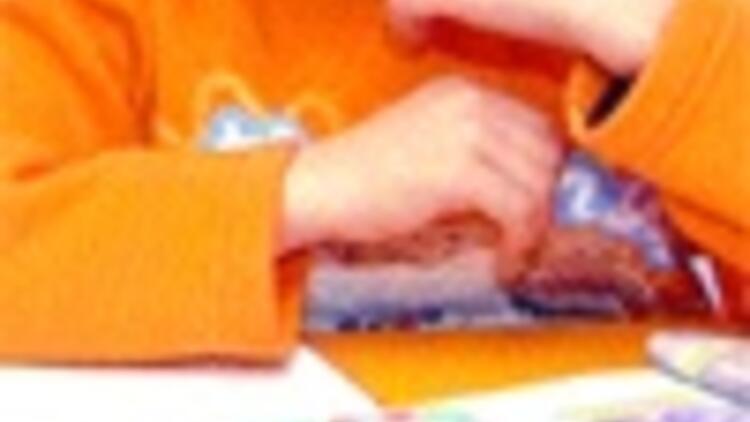 ISTANBUL - The Ministry of Education has published a revised chapter for Year 8 history books and asked instructors to teach from the new text. Changes include removing the names of influential politicians and a shifted definition of fundamentalism. The ministry’s move has sparked a lively debate over whether the chapter alters or updates the history of the Republic

Changes made to textbooks for Republic history classes have left significant gaps in the country’s past 40 years, revealing that Turkey’s recent history is still considered a difficult issue to tackle.

"Turkey after Atatürk: The Second World War and afterwards," the seventh chapter of the book, was criticized for mentioning the 1999 capture of the jailed leader of the outlawed Kurdistan Workers’ Party, or PKK, and significant alterations made by the department of the Education Ministry have raised eyebrows.

The ministry has published the altered, 27-page chapter on its Web site, asking instructors who teach Year 8 Republic history to use the revised version rather than the one in the book.

The chapter focuses on the history of the country after 1939, which includes Turkey’s role in World War II; the start of multi-party democracy; the 1960, 1971 and 1980 military coups; the 1970s, dominated by left-wing and right-wing terrorism; Turkey’s efforts to join the European Union; the start of PKK attacks in the 1980s and the capture of its leader in 1999; both Gulf Wars; and the region after the collapse of the Soviet Union.

Historians believe that recent history should be held in an objective way. Toktamış Ateş, an academic from Istanbul University, said the Board of Education and Discipline prepared the textbooks in line with their political views and opinions. "Recent history should be mentioned without any reference to values and opinions. Those people who experienced those days are still alive and praising [the coups] may hurt them," he told the NTV news channel yesterday.

But Zübeyde Kılıç, head of the Education Personnel Union, or Eğitim-Sen, said the history textbooks do not meet their expectations, especially on the issues of the military coups. "The military coup of Sept. 12, 1980, was a major intervention into democracy and it should not be mentioned in such a shallow way," she said.

Daily Milliyet focused on the changes, mainly on the section about fundamentalist threats to the country.

While the original version defined fundamentalist acts as efforts to create chaos through religious differences and accusing secularism of being anti-religion through propaganda against the state and Turkey’s founder Atatürk, the new version does not refer to secularism and instead accuses fundamentalists of trying to "perpetrate anti-scientific actions by rejecting the progressive values of the society in order to bring back a medieval system."

Yunus Öztürk, head of Eğitim-Sen’s Bahçelievler branch, said the changes reveal the intervention of the ruling Justice and Development Party, or AKP, to the curriculum as a way to defend political Islamic views. "The fundamentals define Alevism as the same as atheism, and they condemn Atatürk for introducing a secular system to Turkey," Öztürk said. "But those details were removed, which makes it difficult to teach children about fundamentalism in Turkey in a concrete way." The new version also cites Atatürk’s statement warning that the republic faced threats from people and groups that wanted to turn back time. The chapter also argued that fundamentalists had been a threat since the establishment of the Republic.

Military coups
The new chapter refers to the 1960, 1971 and 1980 military coups as suspending the country’s democratization process and adds that their negative consequences were overcome by constitutional changes, new political parties laws and broader reforms.

Two pages dedicated to the coups in the original chapter were removed and were replaced with two sentences. The section about the Feb. 28, 1996, statement released by the military that led to the toppling of the coalition government, referred to as the post-modern coup, was simply removed.

Mustafa Kovanlık, head of Eğitim-Sen’s Taksim branch, said the removal of the coups from the curriculum is a positive development because the former version depicted the coups as reasonable or legitimate things.

Among the sections that were not included in the new chapter were those that mentioned former Presidents Turgut Özal and Süleyman Demirel and former Prime Minister Bülent Ecevit. Demirel and Ecevit were key political leaders starting from the 1960s until after 2000. Özal, credited with opening the economy overseas, dominated Turkish politics from 1983 until his death in 1993.

Missionaries
Missionary activities were included in a section on threats to the country and fundamentalist threats.

The chapter said: "Missionary activities are not simple religious proliferation efforts. It cannot be protected by freedom of thought and freedom of expression. It is an organized and systematic movement that forces individuals to change their religion. Missionary activities also carry a political, economic and cultural perspective and are supported by nongovernmental organizations and foreign forces. Missionaries exploit individuals’ economic problems and constitute a threat to national unity and sovereignty."

The section called "Why are Armenians the problem?" in the original was replaced with a new section called, "Turkish-Armenian Relations."

The new section lists the Armenian terrorist activities in the 1970s and 1980s directed at Turkish diplomats and notes that Turkey opened its archives concerning the 1915 incidents.

Daily Akşam noted that the changes came as Turkey and Armenia were trying to improve bilateral relations.