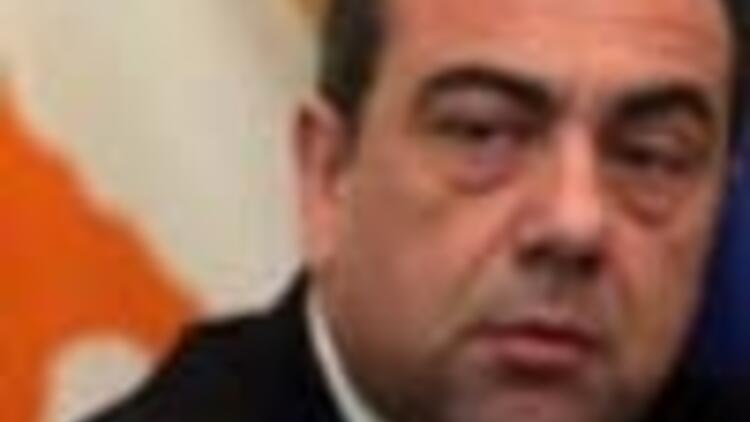 The Greek administration in southern Cyprus might block more chapters in Turkey's accession negotiations with the European Union, while it insisted on rejecting a timetable for the solution of the Cyprus issue.

Markos Kyprianou, the foreign minister of Greek Cypriots, reiterated his administration's support to 's European perspective and accession target, adding a number of chapters have opened during some previous presidencies of the .

"At the same time, as long as there are threats regarding the exercise of our sovereign right to exploit the natural resources within our Exclusive Economic Zone, in accordance with international law and in particular the U.N. Convention on the Law of the Sea, it is very difficult for us to embark on discussions on the relevant Chapter of the negotiations," Kyprianou told in a written response to Hurriyet Daily News Online Edition's questions.

and the Greek administration are at odds over the Greek Cypriots' oil exploration works in the . Greek Cypriots have accused of harassing research vessels on four occasions since Nov. 13 in areas it has earmarked for future oil and gas exploration. has said the ships were on its continental shelf.

The Greek Cypriot foreign minister defended their consideration of vetoing the opening of the Energy chapter, saying it is fully in line with the U.N. Convention on the Law of the Sea which has been ratified by all Member States of the EU and the European Community itself and therefore constitutes part of the acquis communautaire.

Two more chapters are expected to be opened before France hands the presidency to Czech Republic at the end of December, bringing the total chapters opened to 10 out of the 35, with only one successfully closed.

"NO VALUE ON STRICT TIMETABLES"

Kyprianou expressed his optimism that the peace talks, which are currently underway, would eventually result in the solution of the issue, but insisted on his administration's stance of rejecting a timetable.

"We are optimistic that the direct talks will in the end arrive at the desired end. I do not see the added value, however, of imposing on ourselves strict and artificial timelines that can only be counter productive," Kyprianou added.

Leaders of the Greek and Turkish Cypriot communities started talks in September after a four-year hiatus. However the initial optimism has been overshadowed as disagreements emerged and the oil exploration spat.

The latest efforts to end the 44-year old division of the island failed in 2004 when the Greek Cypriots overwhelmingly rejected a peace plan despite the approval of the Turkish community.

Kyprianou said the leaders have been discussing up to now the issue of Governance, which is one of the most essential issues and which will in effect determine the functionality of the federal state to come about and the talks continue on various aspects of the issue, such as the powers of the executive and legislature and the way the state institutions will be appointed.

So far both sides agree to a settlement based on a federation, but there are disagreements about how it would work and the degree of authority each side would have, the media reports suggest. Other outstanding issues include property rights, security guarantees, and the return of refugees.

Any deal will need to be approved by Cypriots in separate, simultaneous referendums.

The Greek Cypriots are committed to a bizonal, bicommunal federation with political equality, as defined by the relevant U.N. Security Council Resolutions, the foreign minister said.

"This federation will be a partnership with a Federal Government with a single international personality, single sovereignty and single citizenship. The aim is to arrive at a mutually acceptable solution which will safeguard the fundamental rights and interests of Greek Cypriots and Turkish Cypriots," he added.

But Kyprianou signaled their stance on the abolishment of the guarantor states mechanism, a key sticking point, has not and would not be changed. The Turkish side favors the continuation of the guarantor powers mechanism which has been implemented since 1960.

"I don't want to go into details on this issue, since it has not been discussed yet at the negotiations. What I do firmly believe, however, is that the solution to be reached should be designed for a modern state of the 21st century, a member of the European Union. I leave up to your judgment whether a of the EU needs to be under the guarantees of any third country. To me, membership in the European family provides all the necessary guarantees and meets the security concerns of all Cypriots, Greek and Turkish alike," he replied when asked about their stance on the guarantor powers mechanism.

According to the 1960 agreements on ; , and were given the guarantor power status on the island.

"We all want a solution as soon as possible, and the president has proven his determination to that effect, but this solution must come about as a result of an agreement between the parties," Kyprianou said.