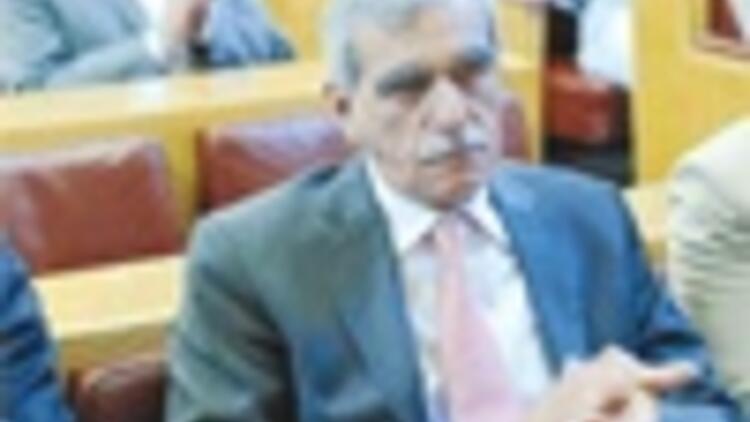 ANKARA - The pro-Kurdish party yesterday asked the government to respond positively to the outlawed Kurdistan Workers’ Party, or PKK’s, decision to extend the truce for 45 days.

"This is the clearest way of showing [the PKK’s] good intention. It’s of vital importance to shake this hand of peace," Ahmet Türk, co-chairman of the Democratic Society Party, or DTP, said at his parliamentary group meeting.

The PKK said in a statement Monday it had decided to extend the truce until July 15 in light of the positive conditions. The positive conditions the PKK referred to appeared to be hints by President Abdullah Gül and Prime Minister Recep Tayyip Erdoğan that "there was an historic opportunity for the solution to the decades-old Kurdish question." But the government had not yet disclosed a new plan to this end.

"As the peace cannot be provided by the efforts of just one side, responding to the steps taken by one side is a precondition of moving forward," Türk said. "Responsibility and important duties fall on the shoulders of the state, government, Parliament and our political parties."

Türk called on Gül to initiate a summit for academics, nongovernmental organizations and politicians to take part and look into ways to solve the problem. For him, the best way to deal with the question would only be possible when the state changes its policy from security-based to democracy-based. Emphasizing the need for dialogue among the parties, Türk said Gül’s initiatives should be coupled with Erdoğan’s. In this regard, the DTP’s co-chairman also said he was happy to hear recent statements by Deniz Baykal, leader of the Republican People’s Party, or CHP, favoring a democratic solution to the Kurdish issue.