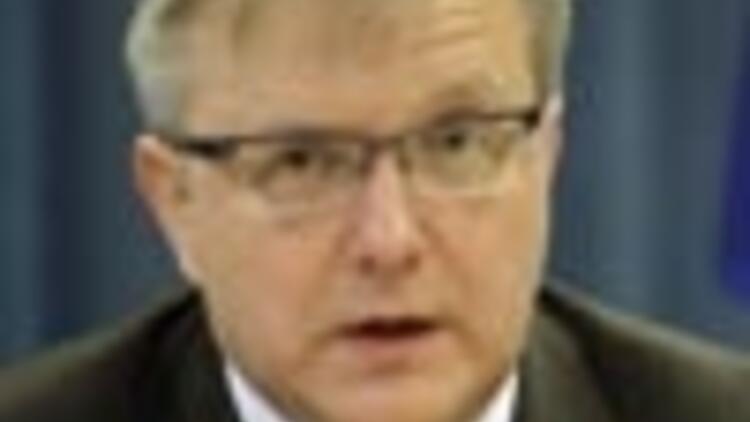 "Turkey needs to make speedy progress on reforms that enhance fundamental freedoms, and set up a clear and credible reform agenda for the months to come," Rehn told members of the European Parliament in Brussels. "We all know that the freedom of expression remains an area in which reforms are badly overdue," he said, referring notably to article 301 of Turkeys penal code, which provides up to four years in jail for "insulting Turkishness."

While noting that Ankara has pledged to revise the article, Rehn said: "The proof of the pudding is in the eating: what matters are not only new provisions, but the implementation on the ground." "Turkey has a chance to become a more open and self-confident society, built on democracy and free speech. We in the EU continue to provide our support to Turkeys transformation in the coming months and years," he said.

Since Ankara began its accession talks, only six of the 35 chapters -- or policy areas -- which candidates have to fulfill have been opened. Eight others were frozen because of Turkeys refusal to open its ports and airports to vessels and aircraft from the Greek Cypriots.