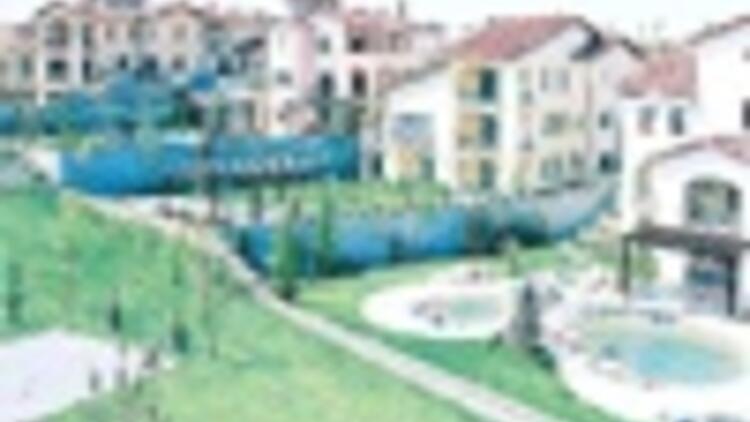 ISTANBUL - Emaar Turkey has no plans to leave the country, according to Ozan Balaban, chief executive officer of the property firm. Emaar has so far sold 147 out of 174 homes it has built in Istanbul’s Büyükçekmece and is planning a new investment in Libadiye.

Emaar Turkey, which entered the Turkish market in 2006, has already sold the first phase of Tuscan Valley Houses, its first project in Turkey.

Located in Büyükçekmece, Tuscan Valley Houses, which is a joint venture between Emaar Properties, and Atasay, Turkey's largest gold jewelry exporter, replicates the concept of the luxury, master-planned residences Emaar developed in Dubai.

The Lakeside project, covering 1.7 million square meters, is located in the western part of Istanbul just 20 kilometers from Atatürk International Airport and 50 minutes from the city center.

"We have long term plans for Turkey. We keep an open mind to new investment opportunities. We are not fostering a build-and-sell mentality. We are here to stay," said Ozan Balaban, chief executive officer of Emaar Turkey. "In the long term we are planning to turn Emaar into a real estate investment trust and open it to the public," he added.

The company has so far invested $750 million for its Tuscan project. Some 147 homes out of 174 have already been sold, according to Balaban. The prices for the houses vary between $800,000 and $3 billion, he added.

"Emaar is a strong company. It has adequate capital. Due to our financial strength we did not introduce any discounts to our sale prices. While many real estate companies implemented discounts worth 15 percent for cash purchases, we limited our discounts to seven percent," Balaban said.

"The value of the houses in Tuscan Valley increased by 40 percent since the beginning of the project. The project has four phases that will be complete by 2013," he added.

The company is also counting down the days and preparing for its new investment in Istanbul’s Libadiye district. The construction of the Libadiye projects will begin during the second half of 2009, Balaban said. Emaar Turkey, which acquired Halis Toprak's land in Libadiye for $402.7 million in April, plans to develop a mix-use property consisting of residences, a shopping center and a hotel on the acquired plot. The project is estimated to cost $1.2 billion once completed.
False