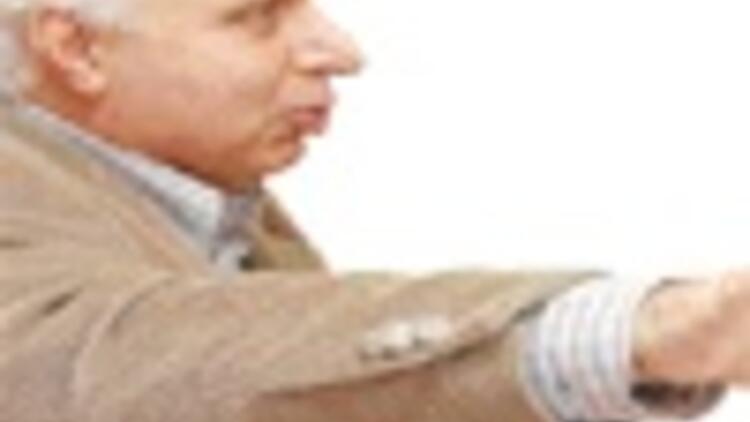 ISTANBUL - Even if the global economy recovers, it is uncertain whether Turkey can achieve the growth necessary to employ its growing workforce, says economist Seyfettin Gürsel.

Though a three-month delay in the release of official figures means that the recession is still unofficial, a professor at Bahçeşehir University predicts that Turkey can expect an "unemployment explosion."

Professor Seyfettin Gürsel, director of the Center for Economic and Social Research, or BETAM, at Bahçeşehir University, estimates that the economy shrank by at least 3 percent in the last quarter of 2008. He predicts that more than 17 percent of the non-agricultural labor force will be without jobs in 2009.

"In November 2007, the unemployment rate was 12.6 percent and it recently jumped to 15.4 percent, higher than I expected," Gürsel told the Hürriyet Daily News & Economic Review. "I was expecting [the total number of unemployed] to be 3.3 million by the end of 2009. But we reached 3 million at the end of 2008. We will probably have 3.5 million [unemployed] by the end of this year. In terms of non-agricultural [unemployment], this is more than 17 percent. This is catastrophic."

Turkey has never experienced the kind of high unemployment the United States and Europe saw in the 1930s, when the jobless rates soared well past 30 percent, Gürsel said. "There were some periods of high unemployment in the 1970s, because of the [1973] oil shock. But at that time, agriculture was still very important in Turkey, accounting for around 40 percent of employment, and state enterprises also accounted for a lot of the economy," he added. "The first unemployment shock we had [came] with the 2001 crisis, as the jobless figure rose from 1.3 million to 2.2 million. This stock [of unemployed people] could not be absorbed."

After 2001, Turkey experienced a period of high growth and job creation in non-agricultural sectors, but at the same time, the size of the labor force increased tremendously. "Thus, Turkey is now experiencing a second unemployment shock," Gürsel said.

"Undocumented employees will suffer more, because it is easy to fire them," he said. "In textile, the informal economy is still large. The banking sector and the public sector are safe. But other sectors are losing jobs."

But the recession is putting even more pressure on the labor market as hard times compel more people to seek jobs. "Labor-force participation is low in Turkey, even among men, because of [things like] early retirement and so many young people, students, for example, who are not always in the labor force," Gürsel said. "And the participation of women is very low in urban areas. [All] this constitutes a buffer stock of labor. These people are not included in the labor force, but they can enter the market if conditions deteriorate."

This is exactly what happened during and after the 2001 crisis, Gürsel said, noting that the female labor force in particular increased during that time. "Out of these women, some might be able to find jobs, but others are looking for jobs and are counted as unemployed," he said. "So suddenly you will simultaneously have not enough [new] jobs being created, and the number of [existing] jobs in non-agricultural sectors decreasing, plus an acceleration [in the growth] of the labor force. The result is, of course, an explosion of unemployment."

Last month, Gürsel forecast that there could be a "moderate revival" in the second quarter, led by internal demand for consumer goods. However, such a revival would not solve the unemployment problem, Gürsel said. Creating enough jobs would require an annual growth rate of 5.5 to 6 percent.

"[The] growth rate of a 'moderate revival' would still be too low, below 5 percent," he said. "Even if there is a global recovery in 2010, we don’t know how the Turkish economy will reach 5 to 6 percent growth. Our economy is not competitive enough, structural reforms have not been made and we cannot use exchange-rate adjustments to make the economy more competitive because of inflation targeting."

The general problem has been what Gürsel terms a "low-growth trap," in which structural factors have kept economic growth low Ğ 3 to 4 percent in the second half of 2007 and in 2008. "The high growth between 2003 and 2007 was based on internal demand, not export-led growth," he said. "We had a huge and growing current-account deficit and in the end, the growth dynamic was blocked. After an exchange-rate shock in 2006, interest rates were increased by the Central Bank to fight inflation. The contributions of net exports were negative in 2007 and the exchange-rate shock and high interest rates put pressure on internal demand. This was a consumption boom based, more or less, on debt, on credit."

Even the potential "moderate revival" that Gürsel forecasts assumes three conditions that are far from certain: first, the U.S. economy bottoming out in March and then showing signs of recovery; second, positive signs of progress in Turkey’s negotiations to become a member of the European Union, or EU; and, third, a new agreement with the International Monetary Fund, or IMF.

"I was sure there would be an [IMF] agreement," Gürsel said. "I am very disappointed to see that the chance is now maybe 50-50. I cannot understand the actions of [Prime Minister Recep Tayyip] Erdoğan, because [his] refusal to sign an agreement means the recession is deepening, and this means more unemployment. I don’t understand what is going on in his mind. An IMF deal is important for confidence and to control and manage the exchange rate and let the Central Bank continue to loosen monetary policy. We have to continue decreasing interest rates."

In a recession, the budget deficit will inevitably increase, Gürsel said. "The IMF accepts this: the staff of the IMF, their reports, [IMF chief economist Olivier] Blanchard have all repeated that the important [issue] is medium-term fiscal policy," he said. "You can relax the fiscal policy and increase the budget deficit in 2009 because of the recession. But then you must have a plan to balance it in 2010 and 2011, when the economy recovers. The government, I think, has refused [to take] this medium-term [view]."

As a columnist for business daily Referans, Gürsel has repeatedly written that the government’s response to the global financial crisis is "implausible."

"The Prime Minister said the global crisis would not have an impact on the economy, which did not help economic actors regain confidence in the economy and its management," Gürsel said. "So people chose to postpone buying cars and other consumer goods, while firms postponed investments. We had a very bad last quarter in 2008. We don’t know yet what the contraction rate is, but it is certain that the overall economy contracted in the last quarter Ğ not by less than 3 percent, I think."

To prevent further contraction, Turkey's Central Bank has reduced the benchmark interest rate by 5.25 percentage points in the last four months, taking it to a record low of 11.5 percent.