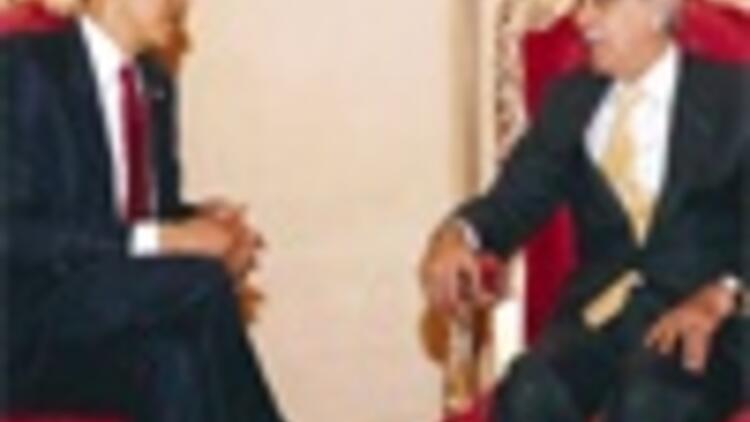 Obama met briefly with opposition party leaders yesterday at Parliament and spoke with each of them for five minutes. He met with Deniz Baykal, leader of the Republican People’s Party, or CHP; Devlet Bahçeli, leader of the Nationalist Movement Party, or MHP; and the DTP’s Türk.

"I told him that we also denounce the violence. But I informed him that more than 17,000 extra judicial killings have happened in [southeastern Anatolia] over the years," the leader of the pro-Kurdish party said.

He said he handed Obama a dossier that includes the DTP’s views on the solution of the problem. Türk also gave the U.S. president cufflinks and a brooch for Michelle Obama as presents.

Baykal thanked Obama for meeting with the opposition. "I know the importance of the opposition in democracies. I was in the opposition for years, too," Obama replied to Baykal, according to people who were present during the meeting. Baykal gave Obama two novels, Ahmet Hamdi Tanpınar’s "Huzur" (Comfort) and Sait Faik Abasıyanık’s "Haritada bir nokta" (A Point on the Map). During the Bahçeli-Obama meeting, the importance of the two countries’ ties was mentioned without going into detail.

Turkish lawmakers appreciated Obama’s historic speech. "He touched upon democracy, secularism and Atatürk. He delivered a message that Israel and Palestine are two states, which we also defend. He defined the PKK as a terrorist organization, CHP deputy leader Onur Öymen said.

Democratic Left Party, or DSP’s, Istanbul deputy Ahmet Tan drew attention to former President Bill Clinton’s address in 1999 and said there was no difference between the two speeches.

"Just there is a difference of 10 years. His stress on the opening of a seminary was a surprise," he said. Justice and Development Party, or AKP, Muş deputy Seracettin Karayağız submitted a letter to Obama that drew attention to the 1915 events.

"Armenians killed my two uncles and many relatives. They put my father in a prison camp. Both sides experienced great losses during the war, but this is not a genocide," Karayağız wrote in his letter.