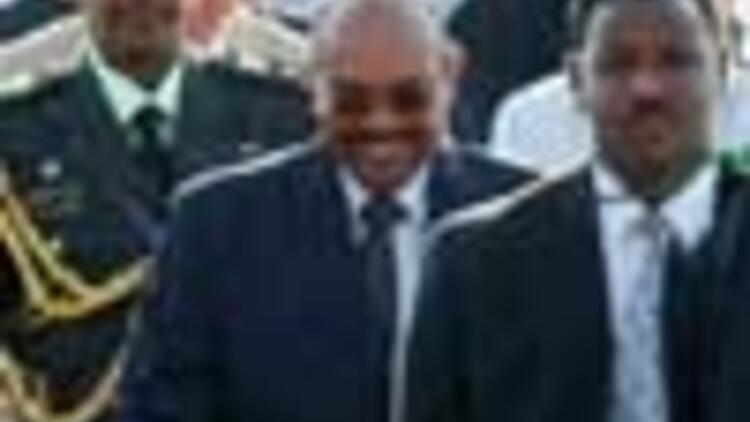 ANKARA - Analysts and human rights defenders criticize the government for its contradictory approach in addressing human rights concerns in Gaza and Darfur. Prime Minister Erdoğan, who accused Israel of knowing well how to kill, meets Sudan's vice president, accused of recruiting and unleashing militias on ethnic Africans in Darfur

After the prime minister's accusation to the Israeli president that Israel knew only too well how to kill people in Gaza, yesterday Turkey hosted a senior political figure from the Sudanese regime that stands accused of committing genocide in Darfur.

The meeting has again raised questions of double standards and about the government's sincerity in the premium it says it pays to humanitarian concerns.

"In as much as Turkey says it is loyally committed to international norms and condemns the disproportionate use of force by Israel in Gaza, it must show the same sensitivity for those accused of genocide by the International Criminal Court," Mensur Akgün, professor of international relations, told the Hürriyet Daily News & Economic Review yesterday.

Sudanese Vice President Ali Osman Mohammed Taha held talks with Prime Minister Recep Tayyip Erdoğan and Parliament Speaker Köksal Toptan in Ankara yesterday. Taha has been accused of being one of the main instigators of the recruitment of militias that are fighting ethnic African groups in Darfur and who rebelled against the government.

"It is obvious that there is a contradiction in Erdoğan's approach toward Gaza and Darfur," retired diplomat İlter Türkmen told the Daily News. "Turkey is a country carefully watched by Western and Middle Eastern states. Wasn't it Erdoğan who said once that no genocide had been committed in Darfur?" he asked.

When Erdoğan visited Khartoum in 2006, he declared that no genocide had taken place in Darfur. Last year, Turkey came under pressure for twice welcoming Sudan's president Omar al-Bashir, implicated by prosecutors of the International Criminal Court in the Hague of orchestrating the killings in Darfur.

"If the Sudanese official came to Turkey for discussions with the Turkish government over a solution to the Darfur crisis, the visit is understandable but in principle I think this is not an accurate act on the part of Turkey, though I don't know what really lies behind the trip," said Akgün.

Janjaweed militias unleashed by al-Bashir's regime on ethnic African groups have been accused of extreme violence against civilians. Some 300,000 people have been killed and more than 2.5 million displaced since 2003.

"The entire world condemned the Israeli offensive in Gaza but other crimes against humanity are being committed in Darfur. The visit to Turkey of those people charged with genocide is an indication of the government's double-standard policy," said Öztürk Türkdoğan, the president of the Turkish Human Rights Association.

He said human rights organizations had warned both the government and the president before al-Bashir's trips to Turkey that his presence would be perceived as indirect support for the policies of the Sudanese regime in Darfur. "But unfortunately, the government has ignored civil society's warnings over the last two years," he said.

Belief in the rule of law

Türkdoğan, who also serves as spokesman for the International Criminal Court Turkey Coalition, said Ankara was not a party to the Rome Statute that established the international court but said the Turkish Penal Code, with the consent of the justice minister, provides that those indicted on charges of genocide, war crimes and crimes against humanity can be tried in Turkey no matter what part of the world they are from.

"Beyond political debates, the question is whether or not there is a belief in the rule of law. No political calculations can exceed the law," he added.

Yavuz Önen, president of the Turkish Human Rights Foundation, said the role that must be played by Turkey in the region, and in the world, must be based on respect for human rights, fundamental rights and freedoms. "But here there is a political preference. The ignorance of human rights principles to achieve political ends forces the government to make mistakes," he said.