MARDIN - The fourth film festival of the southeastern city of Mardin, SineMardin, kicked off Saturday night at a ceremony held at the historical Erdoba Mansion. The ceremony hosted guests from Sweden, Syria and the US. ’Even though we are tired when the festival ends each year, we can’t turn our back on Mardin ,’ says program director Zihni Sümer.

The historic city of Mardin, home to art galleries, museums and ancient churches, has become a center for cinema this week with the opening of the 4th Mardin Film Festival on Saturday. The opening ceremony was held Saturday evening at the Erdoba Mansion and, in a break from previous years, included international guests from Sweden, Syria and the United States. Festival director M. Helün Fırat and program director Zihni Tümer welcomed guests at the ceremony, which was also attended by Mardin Governor Hasan Duruer.

Tümer said he was proud to be holding the fourth film festival in a city that had no movie theaters just two years ago, adding that he hopes to further expand the festival beyond the country’s borders.

"This year the festival brings together two close cultures that have never come together before. The Turkish film industry and cinema have never had the chance to meet with Arab cinema although we only have the border as a barrier," Tümer said.

With the collaboration of the New-York-based cultural institution ArteEast, the festival’s focus this year is Arab cinema. "We are planning to start the festival here in Mardin next year and carry it to Damascus," Tümer added. "There will be an opening here and three days later we are planning to travel with all the guests to Damascus and have another opening ceremony there at the Damascus Film Festival." According to Fırat, holding a film festival in Mardin is not as easy as organizing one in Istanbul or Adana because introducing a cinema culture in the southern city has been much more difficult. "Zihni and I never gave up, from the first day on," Fırat said. "We started organizing this festival here and even though we are tired when the festival ends each year, we can’t turn our back on Mardin."

As has been the case at each installment of the festival, the opening ceremony was also kicked off with a speech from the city’s governor. Taking the microphone, Duruer noted that Mardin is the cultural capital of northern Mesopotamia. "Mardin, a nominee to UNESCO’s list of world cultural sites, will be purified of all kinds of pollution. We are doing our best to make this historic and charming city a center for cinema," he said.

After Duruer’s speech, the festival’s opening ceremony continued with a band’s cheerful tunes as the five musicians in the group The Nomadic Songs performed for guests. Lead singer Ayça Damgacı is also the scenarist of the first film screened at the festival, "My Marlon and Brando." After the band, the youths in the Mardin Chorus took the stage to sing songs in Turkish, Kurdish and Syriac. The chorus made it to the finals in the televised competition "Clash of the Choirs." After the concert, the film "My Marlon and Brando" was screened for an audience of nearly 60 people at the city’s Cumhuriyet Square in a setting that resembled a nostalgic open-air cinema. The festival will hold more screenings at the square with the participation of local residents.

On Sunday, the film festival continued with conferences called "Regarding Other’s Pain" and "Focus on Arab Cinema."

Nuri Kino, a Swedish director, participated in his first conversation at the Babel Hall in Mardin.
Haberle ilgili daha fazlası: 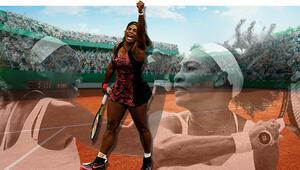 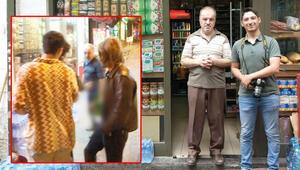