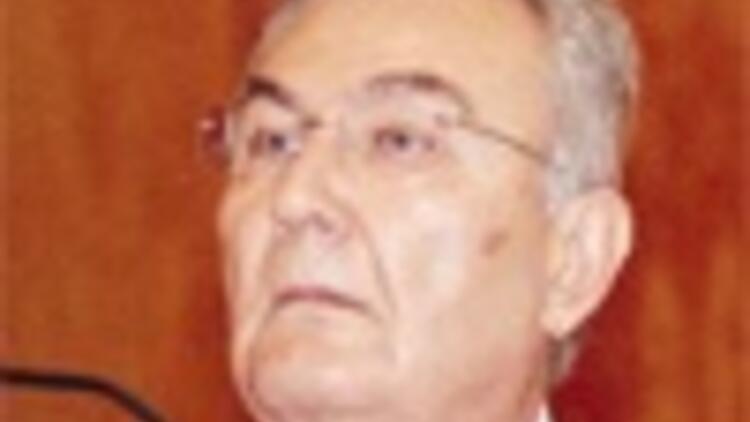 ANKARA - CHP leader Deniz Baykal says the incidents at the critical National Security Council meeting are not part of the path to democracy. He says the AKP is trying to create its own 'deep state' and its coup rhetoric only conceals the AKP’s own ongoing civilian coup

"That night, with deep concern we all watched dramatic scenes of a tense atmosphere and bore witness to the conflict between institutions. These incidents are not steps taken on the path to democracy," said the Republican People’s Party, or CHP, leader Baykal, speaking to daily Akşam on Friday.

The National Security Council, or MGK, convened Tuesday amid growing tension between the Prime Ministry and the General Staff over an alleged military plan to dismantle the Justice and Development Party, or AKP, government and moves in Parliament to allow civilian courts to prosecute military personnel. Chief of General Staff Gen. İlker Başbuğ earlier described the document as a psychological smear campaign against the military, saying that he would bring the document in question onto the MGK’s agenda. Navy Col. Dursun Çiçek, who is alleged to have prepared the document, was arrested as part of the controversial Ergenekon investigation as the MGK meeting continued. After the MGK gathering, which lasted an unprecedented eight hours, President Abdullah Gül held a 90-minute meeting with Başbuğ and Erdoğan, with no statement released afterward.

"There is a big struggle between the state institutions. They are conflicting with each other. These are not the struggles that are required to strengthen democracy and the rule of law. Rather, this is an attempt by a political majority to impose their own hegemony by violating the essence of democracy and law," Baykal said. "It is also an attempt to impose this hegemony on the media, the business world, the judiciary and now the Turkish Armed Forces, or TSK."

Turkey is undergoing a harsh and stressful period and there is a chaotic Turkey ahead for its people, according to Baykal. "Today, what is happening is not a result of a democratic period. The AKP is trying to create it’s own ’deep state.’ The coup rhetoric serves to conceal the AKP’s its own civilian coup."

Baykal also reiteriated that the statement made after the MGK meeting was unsatisfactory.

"Nothing was said, nothing was explained. I have examined the text; I don’t know what to say. In the statement, there is an expression: ’Attacks leveled at the institutions’ have no use. It doesn’t even say ’it is dangerous’ and the MGK doesn’t take a stance against the developments."

"If I were prime minister, I wouldn’t let all this happen. I would both protect the institutions and weed out those on the wrong track."