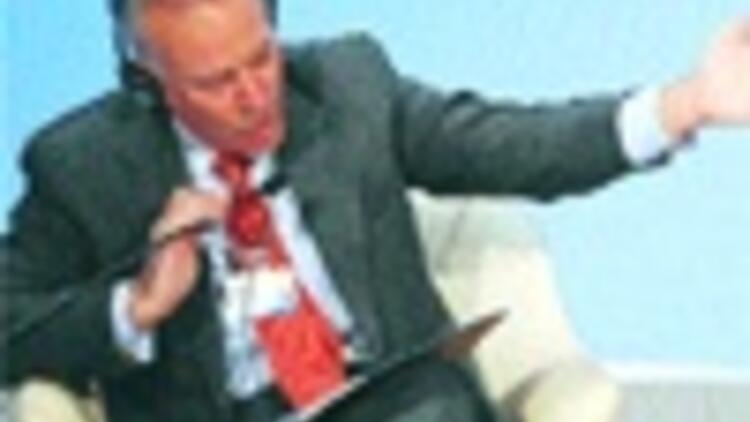 ANKARA - The moderator of the panel discussion in Davos has been harshly criticized for being biased by not giving Turkish Prime Minister Recep Tayyip Erdoğan the right to reply. Criticism was made of David Ignatius for being prejudiced against Turkey and the Arab world, citing his well-known book and other articles he had written.

The movie "Body of Lies," which is based on Ignatius’ book, was accused of reflecting a prejudice against the Arab world. In reply to the criticisms, Ignatius, who visited Istanbul on Dec. 16, pointed to terror attacks in the city. He defended the U.S. occupation in Iraq, claiming that the reason was just, but the method was wrong.

A Jewish-American journalist of Armenian descent, Ignatius, is a prominent columnist of The Washington Post, well-known for his expertise in the Middle East. Following the tension in Davos, his articles recaptured attention, leading some pro-government media organizations to state that Ignatius was a strong critic of Erdoğan and had a pro-Israel stance.

His article titled "Turkey’s Domino Theory," in which he wrote an analysis of Turkey’s role in the region after interviewing Erdoğan’s top adviser, Ahmet Davutoğlu, was widely covered in the Turkish media.

In the article, Ignatius likened the ruling Justice and Development Party, or AKP’s attitude in the Middle East to Ottoman politics.

"Davutoğlu spoke with me Wednesday in the Dolmabahçe Palace on the shores of the Bosphorus. The Ottoman setting was appropriate," Ignatius said. In the article, Davutoğlu described a series of political choices ahead in the Middle East next year as a row of dominoes. "If they fall in the right direction, good things could happen. But if they start toppling the wrong way, watch out," he warned in the interview.

Ignatius pointed to uneasiness that had been caused by the Erdoğan government’s new regional policy, "Critics argue that although Erdoğan is still officially committed to joining the European Union, he is actually abandoning that goal," he wrote.

His other articles about Turkey’s role as a key intermediary in the Middle East also included comparisons with the Ottoman Empire to Turkey’s present foreign policies.