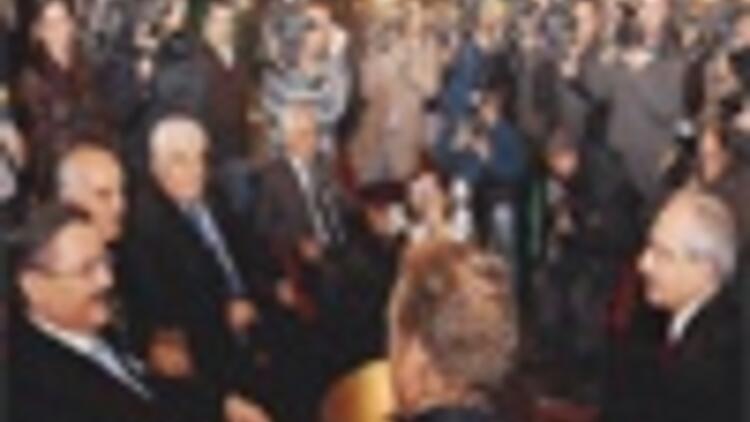 Old corruption claims have come back to haunt Ankara Mayor Melih Gökçek just days before the ruling Justice and Development Party is to decide if he should run as the party’s incumbent in elections in March.

"Gökçek paid $224.50 for each counter and sold them at $300, despite an Energy Market Regulatory Authority (EPDK) decision for the price not to surpass $150," said Kılıçdaroğlu, who is a party hero for a similar debate with the AKP’s ex-deputy leader, Dengir Mir Mehmet Fırat.

Kılıçdaroğlu said the price of $224.5 that the Ankara Metropolitan Municipality paid had been ridiculed as the "Ankara price" in the international market. "There is no other municipality in the world that buys the same counters for that price," Kılıçdaroğlu said. "The EPDK ruled that the Ankara Metropolitan Municipality had overcharged 800,000 users and official institutions to the tune of YTL 14 million."

In response, Gökçek said the municipality had invested $150 in the city for each $300 it received as payment for the counters.

Gökçek appeared to be nervous and interrupted Kılıçdaroğlu many times, prompting Uğur Dündar, the moderator of the debate, to intervene. "Gökçek was speaking or trying to interrupt Kılıçdaroğlu for some 80 percent of the debate. I will never moderate a debate with him again," said Dündar, commenting on the 90-minute debate yesterday.

The AKP is expected to reach a consensus Monday on its candidate for the Ankara municipality for the upcoming local elections in March. Gökçek has been the mayor of Ankara since 1994.

A supportive voice for Gökçek in the live debate came from Justice Minister Mehmet Ali Şahin, who said Kılıçdaroğlu’s accusations remained groundless. CHP Leader Deniz Baykal said he had the impression Kılıçdaroğlu had the upper hand during the debate.

The Ankara Metropolitan Municipality refused to give back the $150 it overcharged people, unless they brought a court action, Kılıçdaroğlu said. The municipality used to sell natural gas counters for $300, half of the price was a subscription fee.

"Despite a court decision to hand back $150, the municipality demanded court decisions from every individual who wanted to get their money back. The same counters were sold for $190 in Istanbul, and $180 in İzmir and Erzurum," said Kılıçdaroğlu.

Gökçek started to slam Murat Karayalçın, former Ankara mayor and mayoral candidate of the CHP, and his main rival if he is chosen as a candidate. Gökçek said the municipality in Karayalçın’s tenure had bought mechanical counters at YTL 109, while he claimed to have procured the same counters for 18 euros, but Dündar prevented any verbal assaults on third persons.

Kılıçdaroğlu said the success rate for collecting bills owed by houses that used mechanical counters had surpassed 98 percent in Ankara, Istanbul and Izmir, and asked why the municipality chose electronic counters, for which gas costs needed to be prepaid. Kılıçdaroğlu said the company that sold the municipality electronic counters also obtained the right to change the prepaid cards and batteries, and to replace the counters every 10 years.

"This company received extra money for doing these tasks. Moreover, it is second in line in the list of municipality’s natural gas distribution privatization plan. If the counters were mechanical, people in Ankara would have paid $138 million less," Kılıçdaroğlu said.