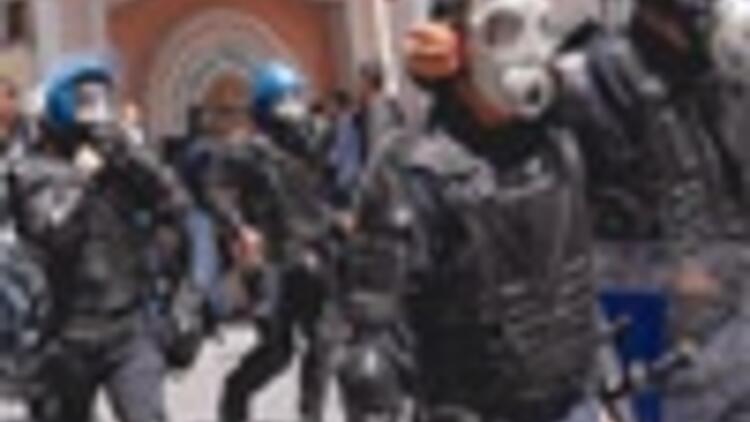 ISTANBUL - ’Almanac Turkey 2006-2008: Security Sector and Democratic Oversight’ focuses on information about the security sector as a whole in Turkey and aims to accumulate information for civilian surveillance of the sector. Funded partially by the European Commission, the almanac includes an extensive scan of documents and legislation.

Tension is racking the heated political agenda in light of debates over curbing the influence of the military in politics. In a recent study the Turkish Economic and Social Studies Foundation, or TESEV, concluded that there is no improvement but a regression on the civilian control of the security sector since 2005.

Released in a panel Wednesday at Conrad Hotel, "Almanac Turkey 2006-2008: Security Sector and Democratic Oversight," aims to provide information about the security sector in Turkey for strengthening civil supervision over the sector. The almanac’s articles examine the relations between civilian and security institutions, as well as the security perception of civilian institutions. It also includes widespread scanning of security documents, laws, media stories and analysis.

"The almanac is an effort to know and accumulate the security sector information that is kept closed to civilians and universities," said journalist Ali Bayramoğlu, one of the two editors of the work. Ahmet İnsel from Galatasaray University is the other editor.

The first almanac was edited by Ümit Cizre from Bilkent University and was published in 2006. It covered discussions and events in 2005 in regard to the organizational structures, activities, legal frameworks, principles and perceptions of the security sector institutions. This new almanac, on the other hand, covers the background of events that took place between 2006 and the first half of 2009. The work was prepared with the partial support of the European Commission. The almanac not only focuses on the military, but also sheds light on police, private security and the National Intelligence Organization, or MİT, as well.

The latest almanac focuses on three essential points. One is the place of ’security’ as a concept in Turkish legislation, while the second is the organizational structure of security not only in security institutions but also in legislative and administrative institutions. The third point is security policies, including both macro politics and the relations between security institutions as well. One of the most striking parts of the almanac is the scanning of legislation, including regulations and circulars, as well as analyzing the meaning and place of the concept of "national security."

İnsel’s statement drew criticism from a journalist from Aydınlık magazine, which is the media organ of the Worker’s Party, or IP. Its leader Doğu Perinçek was arrested under the framework of the ongoing case about an alleged Ergenekon gang aiming to topple the government. Some retired or on-duty soldiers were arrested under the same case as well. The journalist criticized İnsel for demanding to destroy the belief in national security within the society.

Another striking point that the almanac sheds light on is that the military still has a determinative role on politics despite many improvements and developments. Bayramoğlu said that is because of the military’s autonomous place within the state structure and also its centric structure, in which the authority is gathered in one hand.

The almanac also focuses on police as a security institution. An article in the almanac about the General Information Collection, or GBT, discloses the unlawfulness that the practice was founded on, İnsel said. GBT is a practice where police casually stop an individual in the street and checks his legal status from the system.