HaberlerGündem HaberleriAs Obama says, ’I do,’ Turks ask, ’Will he?’ 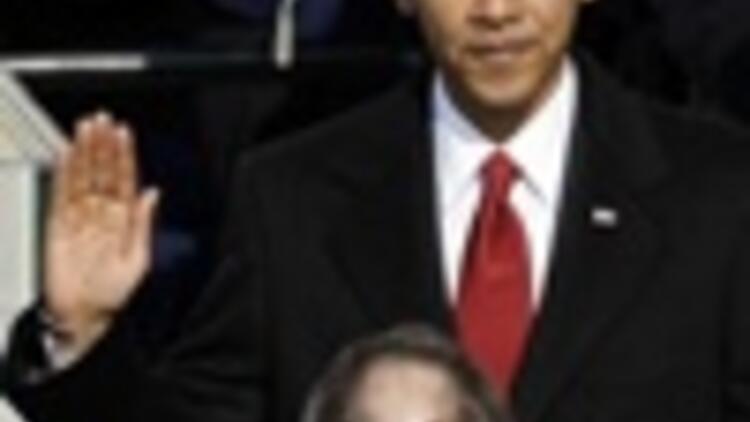 ISTANBUL - Turks’ belief in Obama’s ability to improve US relations around the world has risen in the last six months, a poll shows, but Turkish experts question if the new president is savvy enough to fulfill his promises. The change in public opinion is proof of Turkey’s social flexibility, one observer says

As the Obama era officially began with the new U.S. President’s inauguration to the White House yesterday, a poll revealed hope has risen sharply among Turks for improved U.S. ties with the rest of the world.

The percentage of Turkish people who believe Obama will strengthen U.S. relations with the rest of the world has risen from 11 to 51 percent in the last six months, according to a poll conducted for the BBC World Service. The results also represent a shift from an earlier poll by Gallup suggesting that most Turks were indifferent to who would become the next U.S. president.

This dramatic change is proof of Turkish society’s flexibility, Semiz İdiz, a columnist for daily Milliyet, told Hürriyet Daily News & Economic Review. "This also demonstrates that a stable antagonism toward the United States has not settled in Turkey, as we experienced during the Clinton administration," he said. Ali Tekin, an assistant professor at Ankara University, said the shift in Turkish public opinion could be viewed as normal given the extremely high anti-American posture among Turks. "It is normal that this negative view has declined a little due to Obama’s moderate messages and his promise to withdraw troops from Iraq," he said.

It is perfectly normal that Turks support Obama because he represents the average citizen and people can relate to that, said Professor Hüseyin Bağcı from the Middle East Technical University.

For Professor Hasan Köni from Yeditepe University, on the other hand, it was Obama campaign’s openness and easy accessibility for the public that appealed to people. "Take me for example. I wrote a comment on Obama’s Web site listing my suggestions to make the changes that he constantly talks about. The next day he replied saying we would make the change together. From then on I started to get e-mails every other day where he asked me whether I approved his choice of economy secretary or inviting me to the inauguration ceremony. How can you not love this guy," he enthusiastically explained.

Despite all that optimism, it is unlikely that Obama will be able to actualize all his promises, according to İdiz and Tekin. Tekin also said because government politics in the United States has a strong tradition of continuity, the Obama administration would most likely be a synthesis of the previous Clinton and Bush administrations. "After a president like George Bush, who made no positive contribution whatsoever to the world, Obama’s message to make the world a better place is definitely heard," he said.

In terms of Turkish-U.S. relations, a new era has begun where both sides will have to be extremely cautious, according to Bağcı. For the time being Turkey’s relations with Israel, which took a big hit with Prime Minister Recep Tayyip Erdoğan’s harsh criticism of the invasion of Gaza, will be one of the most important factors affecting bilateral ties, he said. Claiming that Israel has adopted a policy of ignoring Turkey and its potential as mediator in the region after Ankara’s strong reaction, Bağcı said it was Turkey’s future stance and discourse toward Israel and Arab countries that would determine its relations with the US. "Turkey’s attitude toward Israel will directly affect Obama’s attitude toward Turkey," he said.

Köni said Obama’s biggest promise for Turkey was his commitment to use America’s soft power and to withdraw from Iraq. "Military spending destroyed both the US and its allies’ economies. Giving up on hard power, namely the use of military, is very important," he said. Moreover, the withdrawal from Iraq would finally enable Turkey to increase trade in the region, he said. "For years Turkey has been preoccupied with terrorism generating from the Middle East. Turks certainly see Obama as an opportunity to end this."

Turkey aside, an average of 67 percent of people believe Obama will strengthen US relations abroad, with more than 50 percent thinking so in all but two Ğ Japan and Russia Ğ of the 17 countries polled.
False