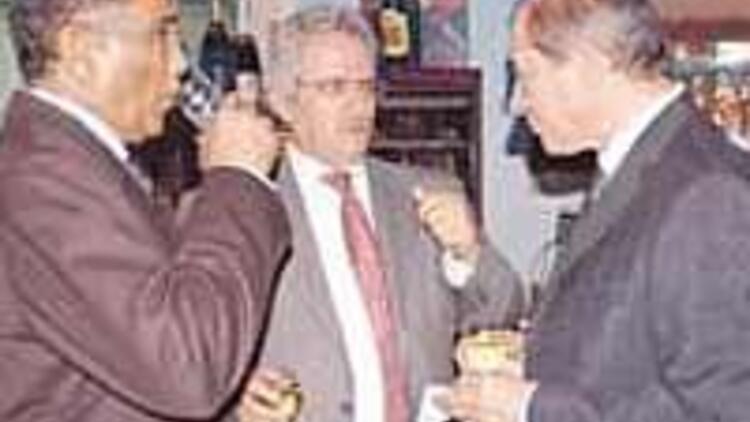 The Ambassador to Saudi Arabia in Ankara, El Husseini broke with the Islamic laws of his country and served his guests alcoholic beverages. Alcoholic drinks were served at a welcome dinner held by El Husseini and his wife (who does not wear a headscarf), for the new arrival of the ambassadors of Yemen, Qatar, Algeria and Palestine in Ankara. In yet another break with the Saudi Islamic tradition, men and women sat and dined together.

Ambassador El Husseini and wife had also shown an approach that differed from the Islamic laws of their country at a reception they held in celebration of International Saudi Day. At the time, diplomatic circles believed that this approach was a symbol of change within the Arab world.

Arrives at the Çankaya with wife

When commencing his role of Saudi Ambassador in Ankara in 2005, Mohammed El Husseini arrived at Çankaya (the residence of Turkish President) to present President Ahmet Necdet Sezer with a letter of confidence, he came accompanied by his wife Iman Atallah.