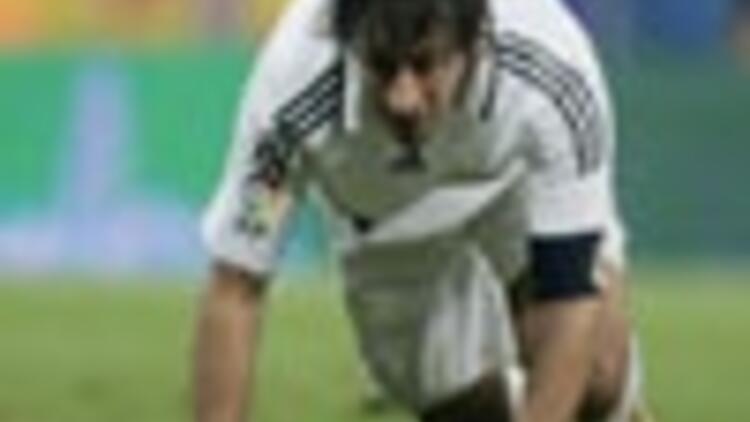 MADRID - Real Madrid's embarrassing exit from the King's Cup at the hands of third tier Real Union has set alarm bells ringing at the Bernabeu.

The Primera Liga champion, which has won the cup 17 times, fell at the last-32 stage on away goals on Tuesday following a 6-6 aggregate draw.

They lost the first leg 3-2 in Irun and came from behind to establish a 4-2 lead at the Bernabeu, before Eneko Romo assured himself a place in the history books with a 90th-minute header to put the modest Basque side through instead.

It was the eighth goal Real has conceded in three home matches in all competitions over the last seven days.

Real coach Bernd Schuster was asked why the defense was leaking so many goals after Tuesday's game and the German responded: "I have no idea."

Veteran Real defender Michel Salgado said: "They have scored six against us in two games and we need to analyze this. If the coach doesn't know what's going in the defense, it's up to us to explain ourselves to him." Schuster rested a number of first-team regulars but saw his already lengthy injury list grow as defenders Fabio Cannavaro and Christoph Metzelder both picked up knocks.

One player who came out of the match with his reputation in tact was striker and captain Raul, who notched a hat trick to take his tally for the club in official matches to 300 goals. "It's a very painful defeat for the team and the fans and there is no justification," Raul told reporters.

Fans critical
The home fans have been critical of the side's play in recent games, as have local media, who speculated that another poor showing away to in the league on Saturday could see the coach's position under serious threat. "I am not worried (about my position) but I understand others are and they have doubts over the team and my work," Schuster said. He refused to explain who 'the others' were.

Real have won the Cup three times before, in the early decades of the last century, but were euphoric after Tuesday's heroics.

"I think I'm still dreaming," coach Inaki Alonso said. "We knew it would be difficult but we always believed we had a chance."