Africa as a savior for Turkish firms 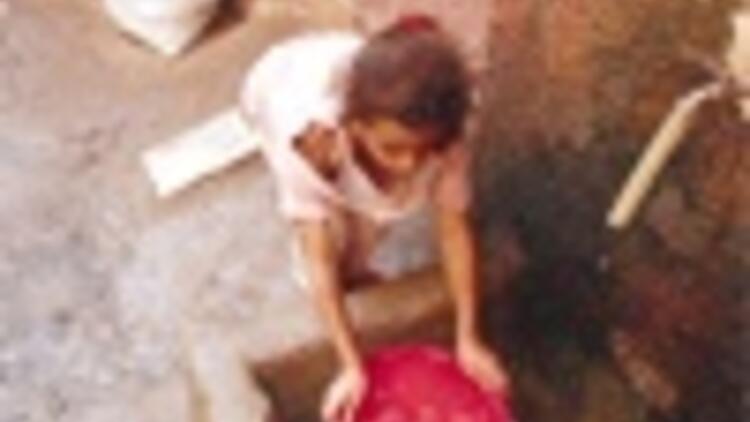 ISTANBUL - Turkey’s small-and medium-size enterprises have been seeking alternatives to their export markets. Africa presents a lot of opportunities for those seeking new investment options mainly due to a lack of industrialization on the continent, says a Turkish business owner in Nigeria.

The global economic crisis is pushing Turkey’s exporters to seek alternative markets. The crisis that’s has wreaked havoc on the entire world has generated major damage in Turkey’s traditional export markets, Europe and the United States, forcing some companies to look further afield.

In this vein, many Turkish companies including small and medium-sized enterprises, or SMEs, are choosing to head toward Africa, tying their hopes to this new market. Many export companies whose business had come to a near halt due to the global turmoil have been making frequent visits to sector-specific organizations or consultancy firms in order to figure out a way to enter the African market.

During this period of crisis, many SMEs have begun to think of Africa as the only savior, said Rızanur Meral, the president of the Confederation of Businessmen and Industrialists of Turkey, or TUSKON.

TUSKON started to work on paving a new trade path to Africa for the Turkish companies three years ago. "We have managed to help hundreds of Turkish businessmen enter the African market and many business contracts have been signed. But the demand to enter the African market has risen dramatically especially since the economic crisis. Our phones ring endlessly. Each day tens of SMEs call in to get more information on Africa," said Meral.

İsmail Burgu, who has been living in Kenya’s capital city Nairobi for the past 11 years, is also the owner of a company called Turkish and Eastern Africa Business Center. Just like Meral, Burgu has said his company is seeing a big demand increase from Turkish SMEs.

"Five years ago we told Turkish businessmen that Africa has a big market that needs to be discovered. We urged them to realize the value of this market and benefit from it. No one took us seriously. Many businessmen who questioned what the African market could offer are today trying to figure out a way to enter the market," said Burgu, who added that he was staying in Turkey for several weeks due to the high demand Africa has been receiving from SMEs.

Traditional market space
The crisis has caused Turkish companies to speed up their search for new export markets. The record decline in exports to the EU has been the biggest catalyst to search for new markets.

Although Turkey sent most of its exports to EU countries last year, the export total to the EU in November declined 31.9 percent to $4.35 billion compared to a year earlier, according to data revealed by the Turkish Statistical Institute, or TÜİK. Based on the figures the EU’s share of Turkey’s total exports fell to 46.6 percent, leaving many companies wondering where else they could possibly market their products.


That was when Africa, predicted to be the fastest growing export market for the next 10 years, gained popularity within Turkish business circles.

"Turkey’s exports to Africa reached $8.4 billion as of November. Turkey’s goal should be to at least double that amount in two years," said Meral. "The number of Turkish firms who either opened offices in Africa or invested there has surpassed 100," he added.

One of the main treasons why Africa, which has 2.4 percent share in the world's trade, is deemed quite important is the fact that there is nearly no industrialization on the continent. Africa imports nearly 95 percent of industry materials. Annual imports of the continent surpass $250 billion, which ensures a great investment and export potential in the market. Some of the leading sectors with great potential are textiles, food, agriculture, modular furniture, farm implements, construction and infrastructure services. Automotive supplier industries and agriculture-based industries are also good options for investors. The closed economic structure of Africa has helped lessen the impact of the economic crisis on the continent, generating a great advantage for investors seeking to enter the market.

"Africa is a place where a simple nail production is considered heavy industry. There is need for anything and everything one can imagine. And everything is produced in Turkey," Meral said.

"Turkish firms have not made big investments in Africa yet. There is a big opportunity in textiles. Around 60 percent of Africa’s textile market consists of second hand clothing European priests collected as aid to Africa but ended up selling there. It is impossible for Turkish products to not find an opportunity to enter such a market," Burgu said.

"Investing in drinking water is another option. Whoever invests in providing drinking water in the continent would earn billions and become a hero. I doubt there is any other place that has such thirst for investment," said Burgu.
Advertisers focus on small companies

While SMEs are busy seeking opportunities in Africa, the advertisement industry is targeting businesses.

The Advertising Associations in Turkey, or RVD, has 97 members from 75 companies. The members of RVD represent 60 percent of Turkey’s total advertisement investments, said Hakan Gören, chairman of RVD. "However, there are 17,000 advertisers in Turkey. Therefore we aim for a much higher number of advertisers."

"We especially think that SMEs need to focus more on advertising to support their brand creation. We will study and make extra effort to provide support for SMEs as they try to create new brands," said Gören. "In order to become a brand one needs to advertise. We are working with SMEs to help generate various projects they can benefit from," he added.

"The advertisement sector has also been hit by the crisis. The sector has been posting a growth of 20 percent for the past four to five years. The advertisement sector grew 20 percent during the first half of last year, compared to the same period a year earlier," said Gören. "However, I believe, the sector ended the year with a 2 percent contraction compared to a year earlier as the global crisis deepened during the second half of the year," he added.
Haberle ilgili daha fazlası: