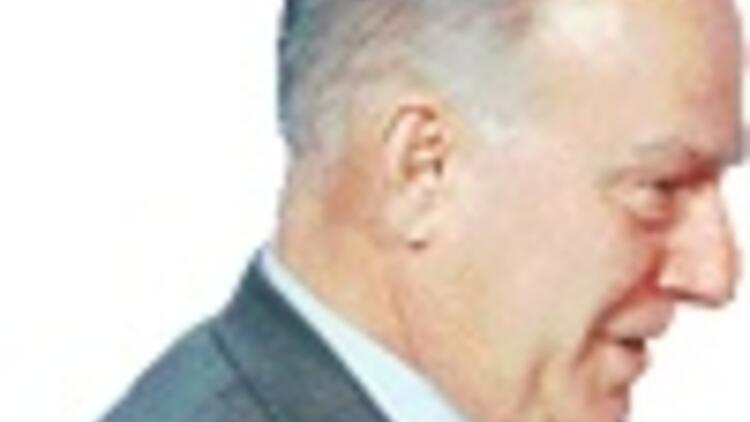 ISTANBUL - The prime ministerial walkout from the Davos summit last Thursday generated a lot of blame, directed explicitly at the moderator, David Ignatius, and implicitly at his identity, Jewish and Armenian. Except that Ignatius is not.

Many Turkish newspapers, including the Hürriyet Daily News & Economic Review, reported over the weekend that Ignatius was of Jewish and Armenian origins, based on a Wikipedia entry: "Ignatius, (born to a Jewish family May, 26 1950) an American journalist and novelist of Armenian descent." Later, however, Wikipedia modified content on Ignatius’profile page to say he "is of Armenian descent with ancestors from Nor Kharberd." Ignatius is not Jewish. How the mistake occurred is unknown but it was soon corrected in the Internet encyclopedia early Saturday.

The origins of the moderator was reported in Turkish media for different reasons. Some conservative newspapers tried to show his ancestry as proof of his "biased" stance. For others, his origin was provided only as an informative detail for people who had not heard of him.

The daily Radikal, wrote in one of its captions "Jewish Journalist" for Ignatius last Friday while reporting the heated debate between Israeli President Shimon Peres and Prime Minister Recep Tayyip Erdoğan in Davos.

"The first lesson of this, is of course, that journalists should eye Wikipedia warily," said David Judson, Daily News editor-in-chief. "It’s a great resource, but it is assembled by volunteers and we need to remember that.

The second is that in a highly combustible story such as this one, extra care needs to be given to ethnic monikers as they can easily become the tool of demagogues.

And it’s hard to escape the conclusion that there was some demagogic tampering with Wikipedia in the midst of this dust-up."

Ceyda Karan, the foreign news editor of daily Radikal blamed that newspaper’s error on an intern downloading of information from Wikipedia. After the newspaper was published, she said, they noticed the mistake and corrected it in Radikal’s Internet version.

According to Karan, Wikipedia had lost credibility as a result. "They claim to offer accurate information. They should have been more careful," she said.

Although there should be no problem citing the origin of a person, it can become controversial in cases such as this and it is better not to mention it, Karan said. "We talked about that later in our editorial meeting. We believe it is not necessary to mention his ethnic origins. He is an American journalist and that’s all," said Karan. She also said it’s been a good lesson for their intern too about Wikipedia.

Ignatius identified himself as an Armenian-American in an Oct. 14, 2007 Washington Post article discussing the history of Turkish-Armenian relations. He said in that article that some of his own relatives perished in the events of 1915. He has been variously described in the Turkish press as having roots in the Anatolian city of Harput and also as having roots in Armenia.

A colleague and friend of Ignatius, CNNTürk correspondent Ahu Özyurt, said underlining Ignatius’ ethnic or religious origins in the Turkish media did not do any good but only served to increase racism in Turkey.

Islamist media, especially television, uses people’s origins too extensively to target people, such as Ignatius, even though he is not part of any kind of anti-Turkey lobby, said Özyurt, who reports for daily Milliyet as well as CNNTürk.

"Ignatius joined in all the editorial board meetings at the Washington Post that occur with a Turkish representative," said Özyurt Ignatius is a good journalist who really knows about the Middle East and has a great respect for Ottoman heritage, "He uses the Ottoman term Pasha in his novels for strong characters."

Referring to the false information in Wikipedia, Özyurt said it could have been a mistaken entry or there may be another reason. She said it was carelessness by Turkish journalists, however, who published this information from Wikipedia. "Wikipedia is not a primary source, especially for journalists.

I know it was late at night when newspapers in Turkey went to print that day, but they should still check this," said Özyurt. Moreover, Ignatius is not an unknown person in Turkey and Turkish media. He was in Turkey to promote his recent movie "Body of Lies" around two months ago, said Özyurt.

Despite repeated calls and emails to Ignatius, the Daily News could not reach him. He had said to friends that he would not talk about the issue. "I think he believes he has been pulled into a fight in Davos that he is not a part of," said Özyurt.

Wikipedia had not responded to the Daily News questions when the newspaper went to press.