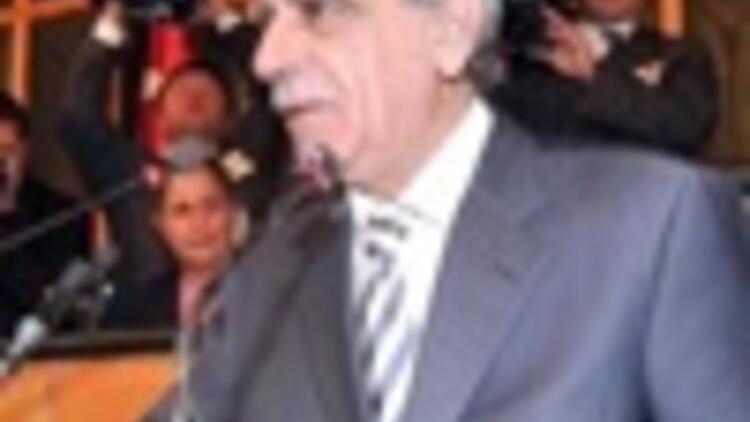 DİYARBAKIR - An anti-terror sweep initiated yesterday by the Diyarbakır Prosecutor’s Office after a year-long investigation resulted in the detaining of more than 40 people, including three deputy leaders of the pro-Kurdish Democratic Society Party, or DTP.

The sweep, said to be targeting the “urban links of the terrorist group” - referring to the outlawed Kurdistan Workers’ Party, or PKK - continued throughout the day in 14 provinces in the east and southeast of the country.

DTP leader Ahmet Türk labeled the operation as government oppression in a speech to his party's lawmakers yesterday at the Parliament. “The operation is a manifestation of the government’s intolerance to the local election results. The prime minister’s post-election declarations targeting our friends are directly related to these raids,” Türk said.

"The assault is part of a plan to oust our party from democratic politics. But no power will derail us from our struggle for democracy and peace, no matter what the cost. The operations and detentions must end at once, and our friends must be set free."

The sweep comes as Taraf daily reported yesterday that the PKK announced its intention to extend the cease-fire it declared until June 1. In a statement, the PKK said: "The belief that the Kurdish issue will be resolved in a peaceful atmosphere has arisen for the first time."

Among those detained were DTP deputy leaders Kamuran Yüksek, Bayram Altun and Selma Irmak, and Seracettin Irmak, the lawyer of the jailed PKK leader Abdullah Öcalan. The Anatolia news agency reported that 23 people were detained in Diyarbakır and that the total number taken into custody could reach 60.

The prosecutor’s office said the people detained were accused of organizing and leading the illegal actions of the PKK within Turkey. The PKK leadership is based in northern Iraq and the group’s ongoing presence there is a constant source of friction between Turkey and Iraq. The police conducted a search of the offices of the Southeastern Anatolia Project, or GAP, Municipalities Association and then detained Ahmet Zirek, an adviser to Diyarbakır Mayor Osman Baydemir, reported the Anatolia news agency.

The Doğan news agency reported that the police sweep began at 4 a.m. yesterday morning with raids on 27 separate locations in Diyarbakır and the eastern province of Batman. DTP deputy leader and Mardin deputy Emine Ayna yesterday said the sweep had directly targeted her party. "No information has been provided to us about the detainments," she said. "We believe this is an effort to create obstacles for the DTP’s political aims." Ayna said the operation was the result of the DTP’s success in the March 29 elections. "However, this is very dangerous. This is forcing people to seek avenues other than politics," she said.