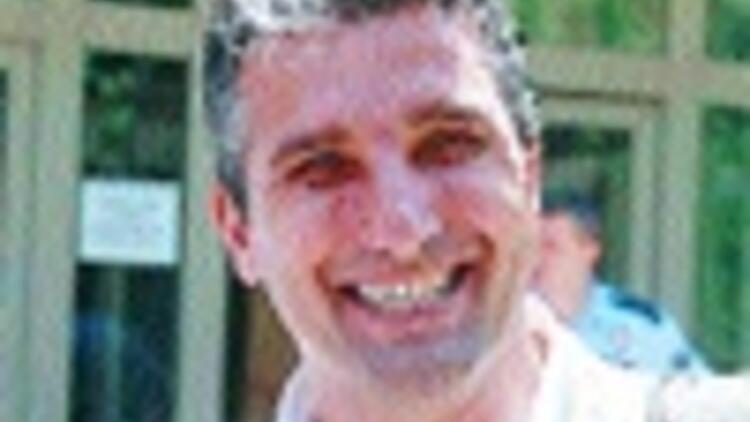 ISTANBUL - More than two years after Agos editor Hrant Dink was shot dead, a reporter stands trial for writing about the circumstances surrounding the murder. For his alleged crimes, he faces 28 years in prison, eight years more than what the murder suspect would serve if convicted.

A reporter who wrote a book about the intelligence failures before and after the murder of Hrant Dink, the editor-in-chief of Armenian weekly Agos, is facing a prison term of 28 years if found guilty. The chief murder suspect in the case could serve a maximum of 20 years if convicted.

Milliyet daily reporter Nedim Şener’s book "Dink Murder and Intelligence Lies" focused on the intelligence deficiencies by security agencies before and after Dink was shot dead, leading to a police officer and three senior Police Department intelligence chiefs filing complaints against him.

Dink, who was prosecuted for insulting Turkishness, was killed in front of Agos’s office. The chief suspect, a teenage nationalist, is currently on trial along with several alleged accomplices who are accused of influencing the culprit.

Milliyet daily reported that the complaints have led the Istanbul Prosecutor’s Office to charge Şener with publication of secret information and turning anti-terrorism officials into targets. The reporter faces a maximum prison term of 28 years if found guilty.

Şener, speaking to Anatolia news agency on his way to the opening hearing yesterday, said he is facing a total of 28 years in prison if convicted in two cases on charges of obtaining classified documents and insulting government officials.

Şener has two trials pending as a result of the complaints. Yesterday’s trial at the Istanbul Second Court was on violating official secrets. Şener, who faces up to eight years in jail on this charge, defended himself by saying that the information in his book was from phone conversations that were made public on televisions and newspapers months before his book was printed. "These conversations are also on the Internet and can be found when one searches Google," he said.

Şener said the trial aimed at preventing the public from learning the facts about Dink’s murder and press freedom. He asked the court to find him not guilty. The judge decided to postpone the trial to another date for the defendant’s lawyers to prepare for the prosecutor’s case.

Milliyet Editor-in-Chief Sedat Ergin told Anatolia news agency his presence at court was to support not only Şener but also press freedom in Turkey. "We are showing this solidarity in order to ensure press freedom in respected," he said. The Turkish Journalists' Association, or TGC, released a statement on the case, seeing it as "worrying" and a problem for democracy.

It said it was necessary to reassess a law that prosecuted a journalist for trying to uncover the facts behind Dink’s murder, reported Milliyet. "Expert journalists like Nedim Şener uncovering crimes and making the facts public is a service to address the public’s anger about such crimes," said the TGC. On the issue, Hürriyet Daily News & Economic Review’s Editor-in-Chief David Judson said: "Institutions of free expression and individuals expressing themselves freely have collectively made great strides in recent years. That some institutions of the state lag behind in understanding the nature of these important democratic concepts in unfortunate. But we are confident at the Daily News that they will mature along with the rest of society."

After the book’s release in January of this year, Muhittin Zenit, a police officer working at the intelligence division at Trabzon at the time Dink was assassinated, filed a criminal complaint about Şener for "targeting personnel in service of fighting terrorism, obtaining secret documents, disclosing secret documents, violating the secrecy of communication and attempting to influence fair trial" through his book.

Case for three other accusations

After the investigation’s end, Prosecutor Selim Berna Altay charged Şener with "making targets of the personnel in service of fighting terrorism, and obtaining and declaring secret information that is forbidden to be declared," asking for a prison term of 20 years. Since they do not fall under his authority, Altay sent the dossier on "violation of the secrecy of communication" and "attempting to influence fair trial" to the Istanbul Second Court. In the meantime, it was also claimed the book contained the offense of "insulting governmental institutions," and that too was added to the second investigation. Prosecutor İsmail Onaran handled this investigation and filed a second case against Şener asking for his imprisonment for three to eight years.

There is another case ongoing in a Trabzon court against eight personnel from the Trabzon Gendarmerie Command who are accused neglecting their duties regarding Dink’s death. The accused are facing up to two years in prison if found guilty.

"Some of the security personnel that sued me are under investigation for neglecting their duty for Dink’s murder. They want to punish the journalist writing about the responsibilities of those people," said Şener.