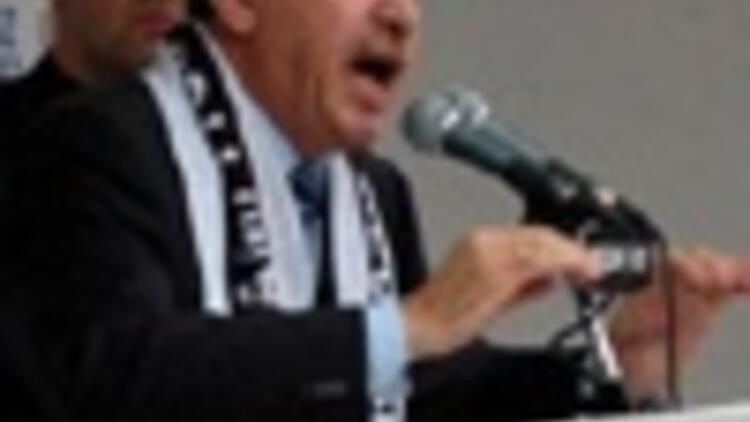 The Turkish Treasury imposed late on Tuesday a half-billion-dollar levy against the Dogan Media Group, parent company of Hurriyet, as the government effectively carries its war against the media to a new level. The group will take the issue to the court.

Erdogan signaled that such an unfair levy could be imposed during his speech he gave on Feb. 15 when he said, "I will reveal some of their corruptions". Milliyet daily compiled on Friday Erdogan's recent remarks regarding the media in his party meetings.

Here are some excerpts from Erdogan's recent attack and threats direct at the Dogan Media Group:

"Especially some media groups are seeing or trying to show our stance as a blunder in foreign policy. The reality is different than what they write or say. I was told during the meetings in , "You have been putting bans on the media." No, I am not. But I am using civilian initiatives. Let's start a boycott campaign against media organs who publish false reports. Why are you spending money on them while they are lying and spreading false news?”

'Show your reaction, destroy them'

"They have their own supporting media organs. These media organs have their supporter columnists. They cannot insult my citizens who voted for the AKP. Those types have their lovely dogs. They sleep with their dogs."

"They think that lies, smear, and slander are freedom. If you criticize them, they start yelling and exploit freedom. Don't buy the media organs who publish false and untrue stories. The leader of the main opposition party accuses us of creating a pro-AKP media. First you get rid of your own supporter media, then talk. We are learning how to create a pro-AKP media from you. You tried to survive, to be elected and to get rid of your contenders by using this supporter media for years. But you have failed.”

"They can't do anything through using their supporter media. My people know what they are, they know what this false-reporting media is trying to do. I am not naming any names. Why? Because there is something called press ethics. The CHP has given its opposition duties to a subcontractor. Who is this subcontractor? Their supporter media. They write and the CHP follows them."

"I am sorry but these false allegations and lies will not stick on the AKP. They should know that. You haul them over the coals in the elections in March 29. Show your democratic reaction. Give the necessary response to them and their supporter media. Do you know why their supporter media is uncomfortable? Because their freebies were cut. They conduct all types of corruption. They will force me to reveal those. If you push me to that limit, I will not hesitate to do this. We don't conduct politics on newspaper pages or TV screens or from Babiali ('s district, former hub for newspapers) or Ikitelli ('s district where Hurriyet, Hurriyet Daily News, Referans business daily are located). We conduct politics among the people with our people."

'They are the lying media party'

"They think is the of the past. They are used to getting votes with media lies. Those times are now over. Elections are no longer won led by the media. The opposition parties don't have any plans in the interests of this country. They have nothing to do with the people; all they do is hang around in media plazas. That's why I am going to refer to them as the lying media party. We are not and will not be a political party which acts according to the opinions of some columnists from supporter media."