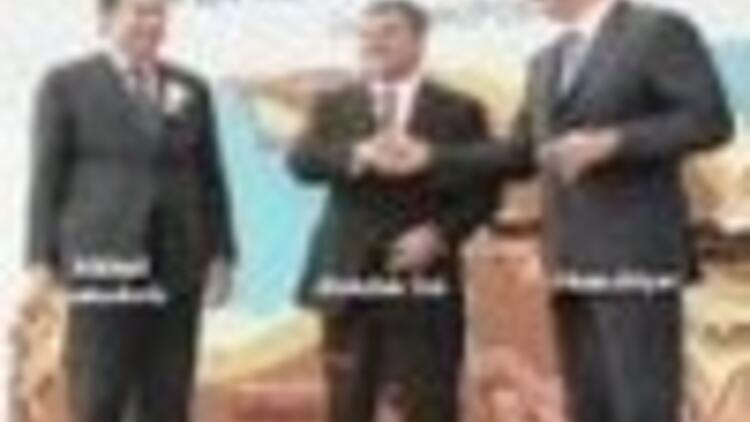 Leaders of Turkey, Georgia and Azerbaijan launched Thursday a railway project between the three countries, with laying the foundation of the railway's 76-kilometres part. Turkish president called the project is open to "all other regional countries", implying Armenia. (UPDATED)

At a railway station in the eastern Turkish border town of , Turkish President Abdullah Gul, 's Mikheil Saakashvili and 's Ilham Aliyev held a ground breaking ceremony for the $290 million Turkish section of the railway.

The three countries are already linked by the BP-led Baku-Ceyhan oil pipeline and the Baku-Tbilisi-Erzurum gas line but trade links between and the region are limited.

A tender last September for construction of the 76-km (47-mile) Turkish stretch of the railway was won by the Ozgun Yapi-Celikler joint venture with a bid of $289.8 million, the lowest of 14 bids.

The railroad is expected to become operational in 2011 and carry one million passangers and 6.5 million tones of cargo annually, forming a key transport connection between Asia and , officials said Thursday.

It is seen very important since it will enable the Central Asian republics, world’s new oil and natural gas centers with an uninterrupted railway link.

The 29-kilometer part of it will be built from 's border to , , which will also rehabilitate the current railway line from this city to .

HOPE TO CONTRIBUTE TO PEACE

The three presidents expressed hope in their speeches that the BTK railway would contribute to peace and prosperity in the region.

"This project will boost stability and welfare in the Caucasus," Gul said at the ceremony in

"It is open to all other regional countries which contribute to stability and are committed to good neighborly relations," he added.

His remarks appeared aimed at neighboring Armenia, which remains officially at war with Azerbaijan over the disputed Nagorno-Karabakh enclave and does not have diplomatic relations with Turkey.

The foundation of section of the railway called the was laid in a region outside capital on November 21st, 2007 with participation of Gul, Aliyev and Saakashvili.

Saakashvili said BTK was not just a railway project but had economic, cultural, historical connotations. He said it contributed to relations between and and expressed firm belief that the project would bring closer the three nations.

Also speaking during the ceremony, Aliyev said the railway would strengthen the economic relations between the three countries, adding that Asian and European countries would also benefit from the project.