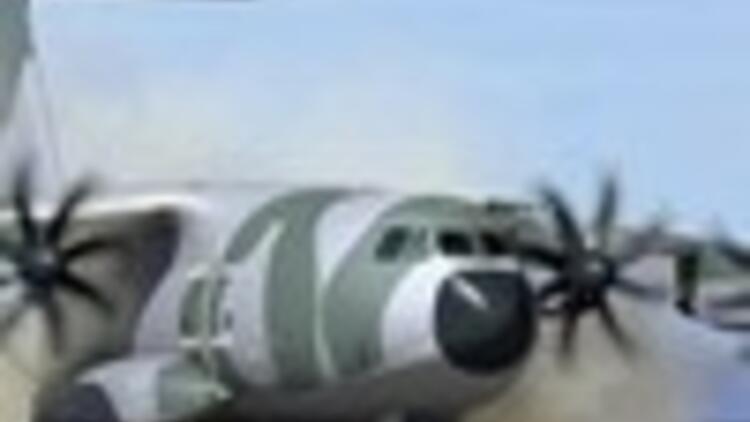 Europe's biggest and most modern military transport aircraft, a powerful turboprop plane built to supply seven NATO countries with urgently needed strategic transport capacity, the A400M, in which Turkey also participated in the project process, was introduced in Seville, Spain, on Thursday.

The plane was developed by a unit of EADS at a cost of 20 billion euros ($31 billion), making it 's biggest military cooperation project, but has been dogged by problems in producing the West's most powerful turboprop engines.

The first plane assembled was rolled out of a purpose-built hangar in southern into blinding sunlight at a lavish ceremony attended by King Juan Carlos, Reuters reported.

"The project was initiated in 2003 by seven partner nations (, , , , , and ). Our designers, engineers and technicians have taken part in the project from the very beginning. Some parts of the aircraft were manufactured in . We earned nearly 1.5 billion euros from the project," 's State Minister Kursad Tuzmen told reporters ahead of the ceremony held under the auspices of King Juan Carlos of .

"The aircraft equipped with new technologies doubles cargo capacity over existing aircraft, both in payload and volume, and range is increased substantially as well," he added.

Tuzmen said, "Turkish Aerospace Industries Inc. (TUSAS) has already begun exporting the aircraft. We have sold eight aircraft to and four to , making 12 in the aggregate."

The A400M, a four-engine turboprop military transport aircraft, designed by Airbus Military, has a capacity of 37 tons (120 fully equipped troops or paratroops, up to 66 stretchers accompanied by 10 medical personnel and two helicopters). Its maximum takeoff weight is 136.5 tons and its maximum speed is 560 km/h.

The first test flight of the aircraft is scheduled for the end-summer of 2008.  It is due to reach its first customer France in the first half of 2010, 6-12 months behind an original target of 2009.

Under the program, 180 aircraft will be delivered to seven partner nations while will receive 10 aircraft in 2009.

The project was originally conceived by four Western countries in 1982 and formal studies began in 1985.